The item was initially planned to be built on September 2 this year.

The entire site at Lam Son Square covering an area of 2,177 square meters has been handed over to the Infrastructure Management Center under the Department of Construction to implement a park upgrading project.
The Opera House station is one out of two underground stations of the bid package CP1b, designed 190m in length and 26m in width with four basements. The first one comprises a waiting lounge, ticket machines, automated fee collection gates and toilets. The second and fourth basements will be platforms where passengers can get on or off the train. The third basement is designed to serve the station’s staff and have other auxiliary facilities.
Currently, workers are rushing to pave the pavement and tarmac the roadface in the stretch from Nguyen Hue to Dong Khoi street in preparation for removing the roadwork in front of the municipal Opera House.
The construction progress of the first metro line project has reached about 71 percent so far.
Some photos of the B1 basement of the Opera House metro station: 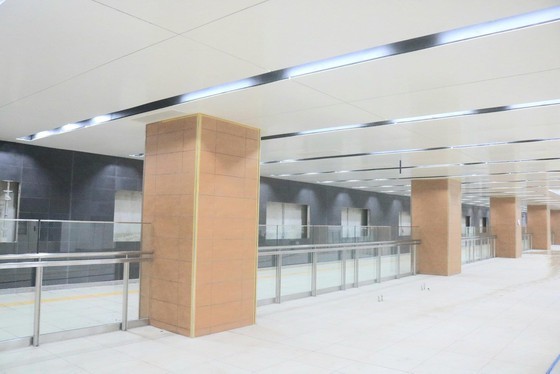 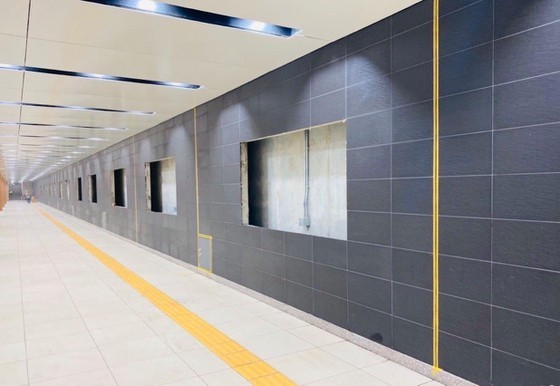 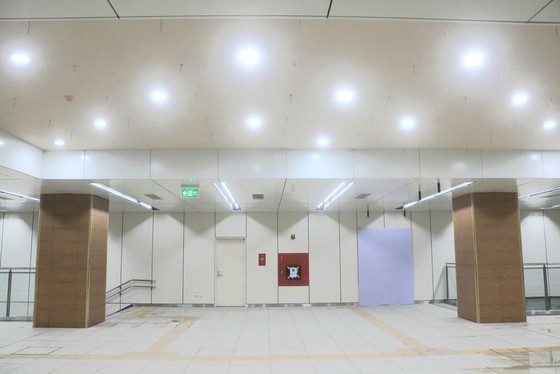 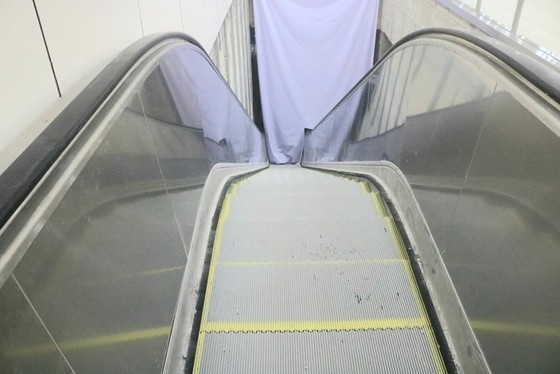 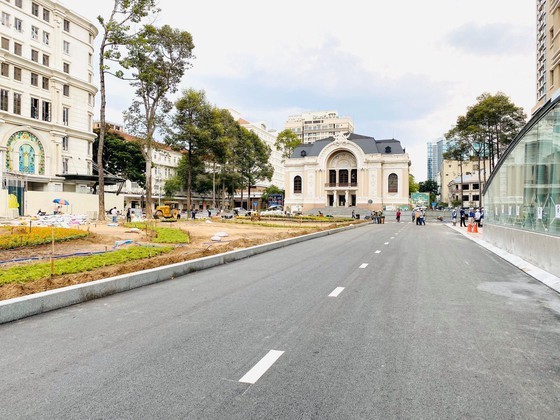