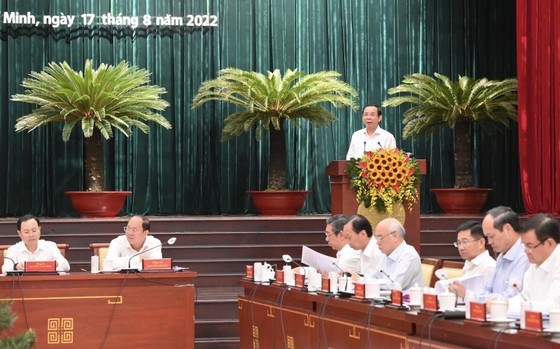 Secretary of the HCMC Party Committee Nguyen Van Nen speaks at the meeting.
The launch of the HCMC Steering Committee for Corruption and Negative Phenomena Prevention and Control affirmed the Party and State's determination, tasks and missions of preventing and combating corruption among officials, Party members and public servants, the city’s Party Chief said.
The Party committees and authorities at all levels have to implement the Party’s policies related to corruption prevention and control, anti-corruption laws, especially instructions and conclusions by Party General Secretary Nguyen Phu Trong who is also head of the Central Steering Committee for Anti-Corruption. 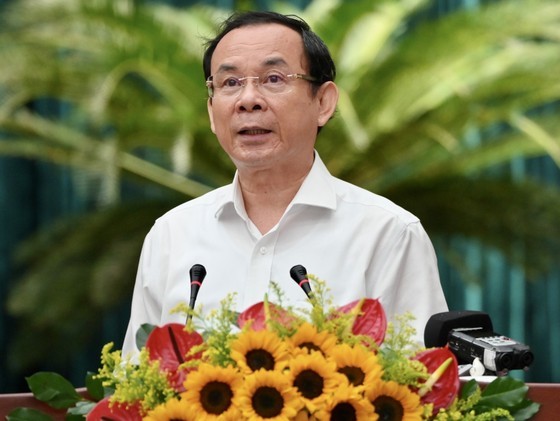 Secretary of the HCMC Party Committee Nguyen Van Nen speaks at the meeting.
He asked for an enhancement of detection and settlement of wrongdoings in state agencies at all levels and the responsibilities of heads of departments and units for faults.
The anti-corruption work needs to focus on fighting against the deterioration in political ideology, morality, and lifestyle of officials; and building a culture of righteousness and integrity among cadres, civil servants and public employees.
Work on corruption and negative phenomena prevention and control must be associated with the Politburo's conclusion No.14 on encouraging and protecting the dynamic and innovative cadres who work for the common good, he emphasized. 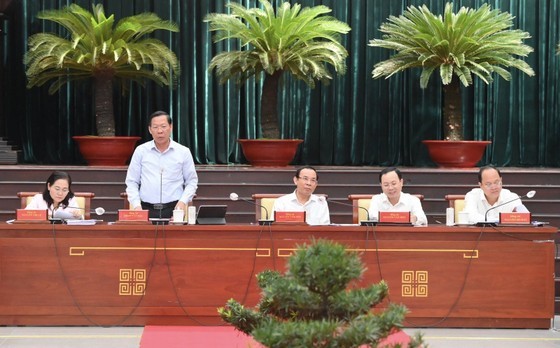 Chairman of the People’s Committee of the city Phan Van Mai speaks at the event. 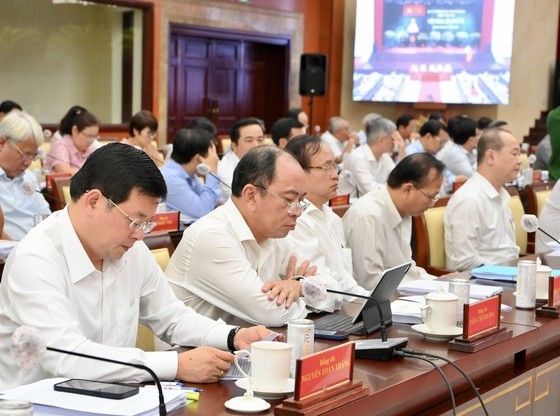