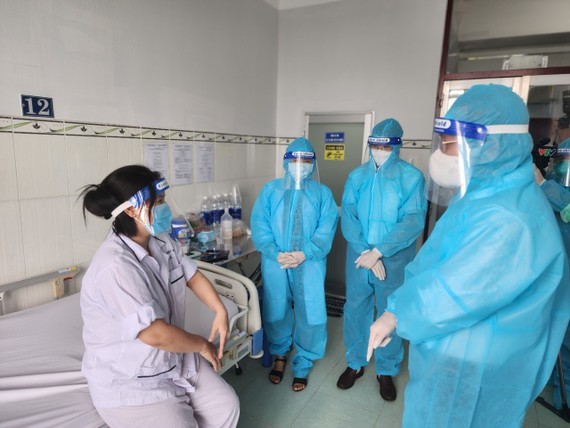 The city Department of Health said that the second case of monkeypox that has been detected upon arrival at Tan Son Nhat International Airport.

The monkeypox patient is a 38-year-old woman, permanently residing in the Northern Province of Tuyen Quang who was traveling in Dubai from September 29 to October 18. The patient began to have symptoms of monkeypox on October 11 with fever, fatigue, nausea, and swollen lymph nodes on the body.

After receiving information about passengers on the flight from Dubai with epidemiological factors and suspected symptoms of monkeypox, the medical quarantine force (under the HCDC) at Tan Son Nhat International Airport coordinated with the airport emergency medical team and immediately escorted the second patient to the isolation section upon her arrival.

After determining enough factors to suspect monkeypox, HCDC coordinated with Emergency Center 115 to bring the second patient to the Hospital for Tropical Diseases for isolation, testing, and treatment. At the same time, medical quarantine staff sprayed chemicals to disinfect the plane according to regulations. HCDC continues to carry out an epidemiological investigation of close contact cases to minimize the risk of spreading pathogens.