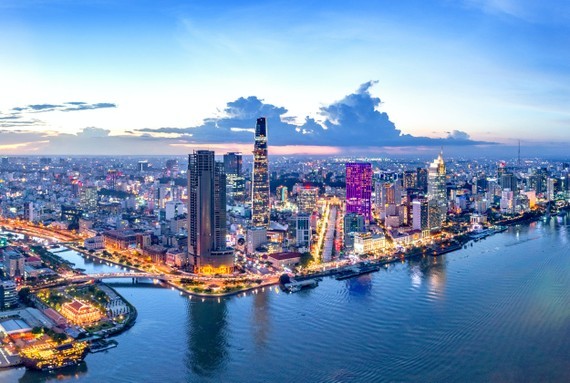 In this time, more than 16,390 enterprises have been either totally dissolved or have temporarily stopped operating. The workforce in the health and education sector has now the highest unemployment rate in decades and flooding of city areas has increased. Foreign Direct Investment (FDI) is currently even lower than many other provinces and there are now many sectors that have not yet resumed operations after the Covid-19 pandemic. Nonetheless, Ho Chi Minh City still has some areas that can bring some cheer post-pandemic.

Ho Chi Minh City is now focused on rectifying disruptions in the overall supply chain from circulation to production, distribution, and consumption. At the same time, city leaders want to ensure an adequate supply of essential goods and minimize unnecessary supply chain disruptions. The city is prioritizing resource support for economic sectors, and accelerating exports.

Accordingly, in the first months of the year the city's economy recorded many positive recovery signs. Over 98 percent of production facilities in the area have reopened factories and production workshops, allowing for smooth and uninterrupted circulation of goods. The growth rate of Gross Regional Domestic Product (GRDP) in the first quarter also increased by 1.88 percent.

After a drastic fall in the third and fourth quarter of 2021, with negative 24.97 percent and 11.64 percent growth respectively, the city's economy has now achieved a positive growth rate. Total export turnover of goods of city enterprises through border gates nationwide in the first four months of the year is estimated at US$13.9 bln, up 3.6 percent over the same period last year.

Meanwhile, the total import turnover of goods in the province in four months is estimated at US$36.4 bln, up 122.6 percent over the same period. Attracting Foreign Direct Investment (FDI) in the first months of the year was not as expected, but still reached US$ 1.28 bln. These signs show that Ho Chi Minh City is recovering quickly and much earlier than expected. The city has been rated by the World Bank as one of the cities with the best resilience in the dual crisis of the Covid-19 pandemic and global inflation.

In 2022, Ho Chi Minh City will implement digital transformation in a comprehensive way, and develop a digital economy and a digital society. The city will promote information technology applications as well as build a digital governance system. There will be efforts to synchronously design, build, and put into operation an integrated and interconnected system of large databases, especially data on population, planning, healthcare, education, insurance, business, land, and housing, which will serve the operations of the city administration and the population.

Currently, Ho Chi Minh City has officially connected the national data sharing and integration platform to the shared data warehouse in the city. More than 900 units in the area, including state agencies, corporations, and non-business units have linked electronic documents through an integrated and data-sharing platform. The areas of traffic, health, education, training, environment, urban planning, and security have also deployed many applications to serve professional works and provide services to the people.

Currently, Ho Chi Minh City is offering several interesting tour programs to attract visitors such as an aerial view of the city from above by helicopter, yachting on the Saigon River, green tourism in Can Gio, and a city tour at night-time. These tourism products are of much interest to many travelers visiting the city for the first time.

One of the bottlenecks causing problems for Ho Chi Minh City is the lack of a technical infrastructure, which is currently weak and inconsistent. Therefore, the People's Committee of Ho Chi Minh City has identified the project "HCMC transport infrastructure development plan for 2020-2030" as one of the most powerful breakthrough projects for the future.

Large-scale bridges across the river are also being prioritized such as Thu Thiem 3, 4, Cat Lai, and Can Gio bridges. Among the pending projects, there are start-up projects, capital arrangement projects, and projects still on paper. Ho Chi Minh City is showing a strong determination in creating momentum and breakthroughs in order to turn the city into a vibrant economic-financial center of Southeast Asia.