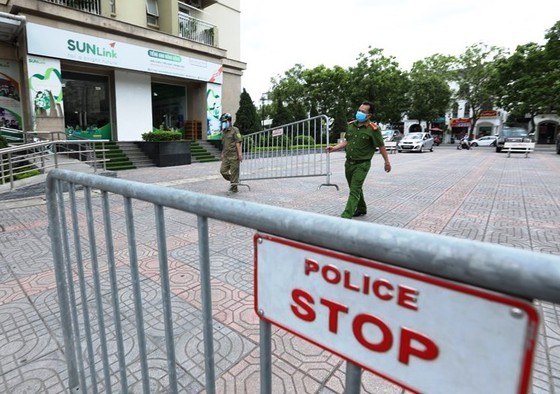 A meeting on the nationwide Covid-19 vaccine campaign with the participation of representatives of the ministries of Information and Communications, National Defense, Public Security and Public Security, and Transport, Minister of Health Nguyen Thanh Long yesterday said eight storage warehouses will be established.
One of which will be set up at the Capital Military Region Command and the other seven storages will be placed in seven military zones nationwide. Right after the vaccine arrives at the airport, it is immediately transported to these warehouses for preservation and then brought to vaccination medical units across the country by refrigerated trucks, said Health Minister Long.
The People's Committee of the Mekong Delta City of Can Tho issued an urgent dispatch on the implementation of urgent preventative measures in the present time.
Under the dispatch, cultural and sports events with large gatherings of people will be suspended. Moreover, entertainment and entertainment venues; cinema; gym, a swimming pool must be temporarily shuttered starting from 0:00 on June 16 until further notice.
Functional forces in the Central Province of Nghe An held an urgent meeting to quickly trace contacts of a suspected case of Covid-19 with an unknown source of infection. All contacts must undergo tests also.