The helicopter-based emergency medical services permitted by the Ministry of National Defense is situated atop of the Orthopedic Building at the Military Hospital 175 in Ho Chi Minh City.

The Military Hospital and the Division 370 of the Ministry of National Defense jointly operate the helicopters for emergency medical services.
Military Hospital 175’s Director, Major General Nguyen Hong Son revealed the site is qualified for operation after undergoing flight and quality tests.
In addition to serving flights carrying injured soldiers and locals from Truong Sa (Spratly) Islands in the south-central Khanh Hoa Province, the helipad will be a multipurpose HEMS center for road, waterway, and air routes to ensure quality medical service for natural disaster, incidents and officials and people in Ho Chi Minh City, neighboring provinces and in the southern region, he said.
Dr. Son added that before, air ambulance had to land at Tan Son Nhat International Airport and then patients were transferred to hospitals on road ambulances; however, as ambulances often faced traffic congestion, doctors sometimes missed the optimal timing for treatments.
With the help of the government and the Ministry of National Defense, the Hospital has built the Orthopedic Building with 500 beds and the helipad for saving emergency time. Averagely, the hospital receives 7- 10 emergency cases annually by emergency medical services helicopters.
Deputy Director of the HCMC Department of Health Associate Professor Tang Chi Thuong said that the operation of the helipad is the hospital’s big effort. It is a desire of medical workers for years . The site will pave the way for more helipads in different hospitals such as People Hospital 115, Tumor Hospital, the Children Hospital to improve emergency medical services citywide. 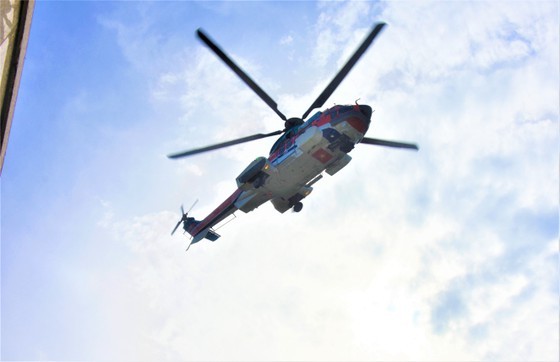 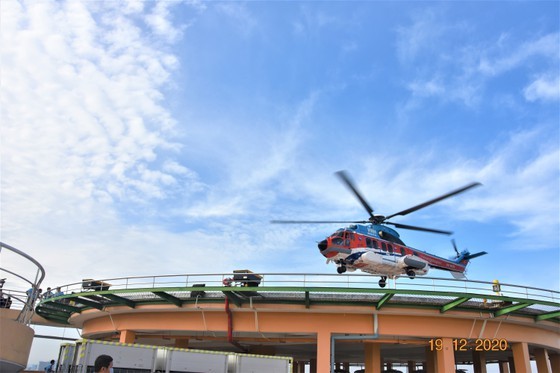 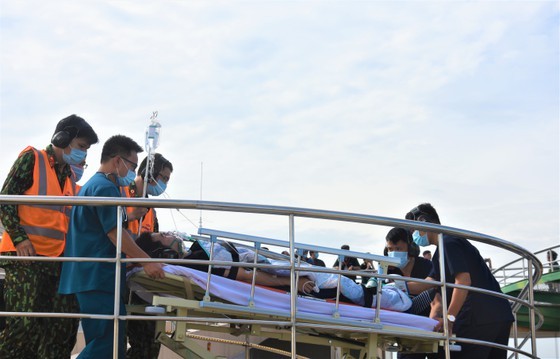