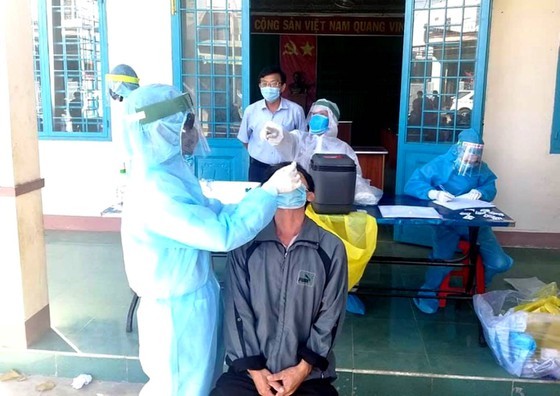 The new community cases include five in the Northern Province of Bac Giang, 19 in Vinh Phuc Province, 27 in Bac Ninh Province, 9 in Hanoi, one in Hoa Binh Province, one in Dien Bien and Lang Son each. The Central City of Da Nang saw 13 new cases of Covid-19 and the Central Highlands Province of Dak Lak confirmed one case.

Among the new cases in Hanoi, six were linked to the outbreak at the Dong Anh facility of the National Hospital for Tropical Diseases in Hanoi.
The Southeast Asian country has documented 1,981 locally-transmitted Covid-19 cases with 411 new cases from April 27 till now.
Health workers have carried out 84,072 tests including 20,290 ones in Vinh Phuc Province, 11,799 in Ha Nam Province. Some 59,198 close contacts are being under quarantine. 2,602 are recoveries from the disease.
The country has administered 917,600 AstraZeneca vaccine doses to priority groups. Apart from that, on May 8, 42,943 people were injected the vaccine.