As for the new- detected coronavirus cases,  Da Nang City, Binh Duong Province and Long An Province with the high numbers of infections recorded reductions of 60 percent, 27 percent and three percent, respectively.

During last week, the health sector collected 5.2 million samples from people for PCR testing, an increase of 7.4 percent compared to a week earlier, mostly in Hanoi and Ho Chi Minh City. The testing rate per one million population of Vietnam ranked 107th out of 223 countries and territories in the world. 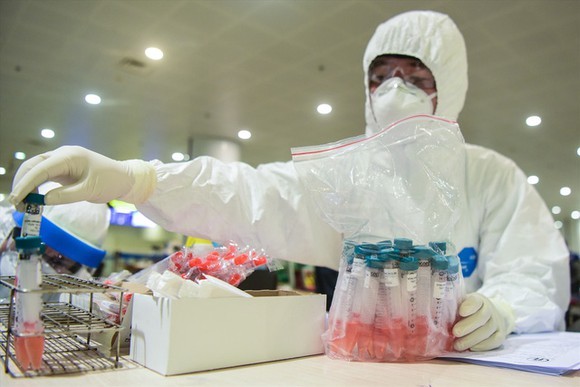 In comparison with a week earlier, the number of positive cases from sample collection in the community reduced from 1.9 percent to 1.6 percent, notably the number of coronavirus infections in Ho Chi Minh City dropped down from 3.7 percent to 1.4 percent and Long An province saw its rate decrease from two percent to 0.5 percent.
HCMC, Long An and Binh Duong have completed vaccination of at least one dose for people aged 18 years old and older. The capital city of Hanoi has administered 4.4 million ones, equivalent to 77 percent.

Concerning the second routine shot of the vaccine, Ho Chi Minh City and Hanoi have run out of 896,835 and 555,481 doses, reaching 13 percent and 10 percent, respectively.