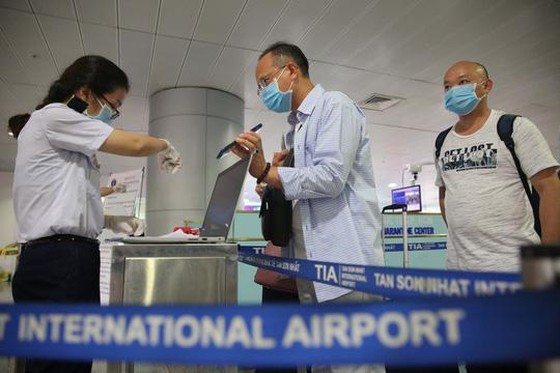 Vietnam closely monitors people returning from 12 countries with monkeypox
Accordingly, to promptly implement measures to prevent and minimize the number of cases and deaths, the Department of Preventive Medicine suggested that health departments in provinces and cities focus on strengthening surveillance to detect suspected cases at the border, especially those returning from monkeypox endemic countries including Benin, Cameroon, Central African Republic, Democratic Republic of Congo, Gabon, Ghana, Ivory Coast, Liberia, Nigeria, Sierra Leone, and South Sudan.
Health facilities have been asked to strengthen surveillance to detect suspected and possible cases of monkeypox as defined by the World Health Organization - WHO. When detecting suspected cases, the healthcare facilities should immediately coordinate with local Institute of Hygiene and Epidemiology and Pasteur institute to diagnose and confirm the case.
At the same time, the health sector in cities and provinces and local administrations should increase communication and launch awareness campaigns aiming to provide information about the monkeypox disease and temporary preventative measures including avoiding close contact with infected people and direct contact with wounds, body fluids, droplets, and contaminated objects and utensils.
People should wash their hands often with soap and common hand sanitizer as well as cover their mouth when coughing or sneezing. People with symptoms of suspected cases should actively contact medical facilities for timely monitoring and advice, actively self-isolate and avoid sex and they must be isolated for treatment.
For institutes of Hygiene and Epidemiology, Pasteur institute, it is necessary to focus on directing, guiding and supporting localities to monitor, supervise and handle cases of monkeypox. Furthermore, they should coordinate with WHO, the US Centers for Disease Control (US CDC) and other international organizations to update information on surveillance, case investigation, and diagnostic techniques, from which they will have a proposal for health care providers, biological products for surveillance, diagnosis and identification of monkeypox. 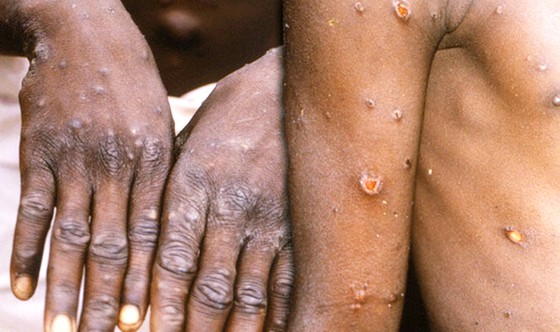 Monkeypox causes lymph nodes to swell
According to the latest update from WHO, in the recent outbreak of monkey disease, from the first case detected in the UK on May 13 to May 25, the world has recorded more than 158 cases of monkeypox with 117 suspected cases in 19 countries and no deaths reported. None of the detected cases had a history of travel from an endemic area, and the countries where the case was reported had not been previously endemic for monkeypox.
The confirmed cases are West African monkeypox virus and have similar characteristics to the monkeypox virus transmitted from Nigeria to several countries in 2018, and 2019. WHO forecasts monkeypox epidemic will continue to increase the number of cases in the near future.
WHO also pointed out that monkeypox spreads from one person to another through prolonged close contact (by inhaling the infected droplets), or direct contact with infected bodily fluids or contaminated objects, such as bedding or clothes. It may also be passed on by direct contact during sex. The disease is often severe in children, pregnant women, or immunocompromised people.
The incubation period is 5-21 days (usually 6-13 days). Monkeypox presents with symptoms similar to smallpox but is more common with systemic skin lesions and enlarged lymph nodes.