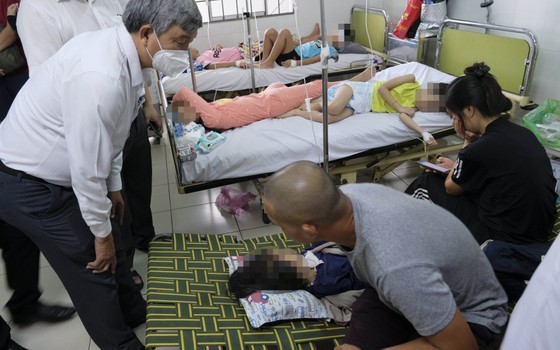 Among these, Bacillus cereus is an erythrocyte-lytic toxin-producing strain and non-erythrocyte-lytic enterotoxin. The cause of food poisoning is currently under investigation by authorities.

Bui Phuc Lam, 40, living in Nha Trang City, is known to have signed a contract with Ischool Nha Trang to organize a semi-boarding kitchen for 930 students and teachers (including 50 teachers).

The cooking process is carried out in the school's kitchen. During the inspection, Lam presented a certificate of food safety eligibility issued by the Health Department of Nha Trang City for the third time in October 2022. 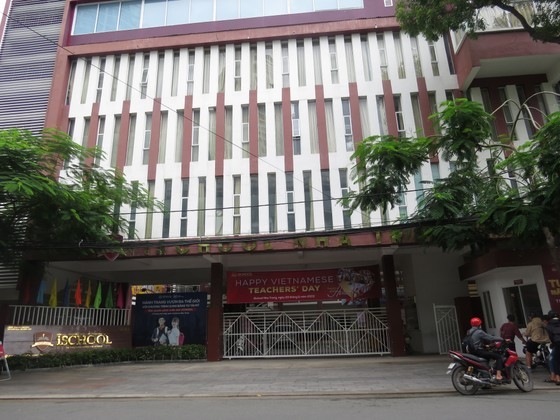 The cooking process is carried out in the school's kitchen. (Photo: SGGP)
Regarding the incident, on November 22, the delegation of the Ministry of Health worked with the Department of Health of Khanh Hoa Province and related units of Khanh Hoa Province on the food poisoning case that caused 662 pupils to be examined and treated, an increase of 14 people compared to November 21. Among them, a 6-year-old pupil died. Nearly 140 cases are still under treatment, down 74 cases compared to November 21.

Mr. Trinh Ngoc Hiep, Deputy Director of the Department of Health of Khanh Hoa Province, said that after receiving cases of food poisoning, hospitals had mobilized all resources to save patients and stick to the Ministry of Health's protocol for treatment.