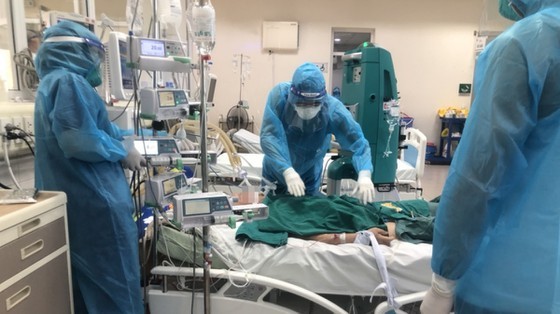 
The patient died on June 29 due to SARS-CoV-2 infection, ischemic heart disease, type 2 diabetes, and second varicose veins, and malnutrition.

The Mekong Delta Province of Dong Thap also announced the eighty-eighth and ninetieth deaths who is a 81 year old female in Sa Dec with a history of hypertension, cushing syndrome, and diabetes.

Simultaneously, the Mekong Delta Province of Long An confirmed the eighty-ninth Covid-19 death in Chau Thanh Dsitrict who was tested positive for SARS-CoV-2 on June 13.
In related news, a 36-year-old man with Covid-19 in the Mekong Delta Province of Soc Trang was confirmed the first coronavirus case in the province, said the Ministry of Health. The man had undergone a Covid-19 test at Phuong Chau International Hospital before and the test result came out positive on July 4.

Up to now, the Center for Disease Control of Soc Trang Province has traced 29 F1 cases and 84 F2 cases related to the man.
The Department of Health in the Southern Province of Binh Duong yesterday announced that a patient with Covid-19, a 64-year-old woman living in Hiep An ward, Thu Dau Mot city died at the province’s General Hospital.