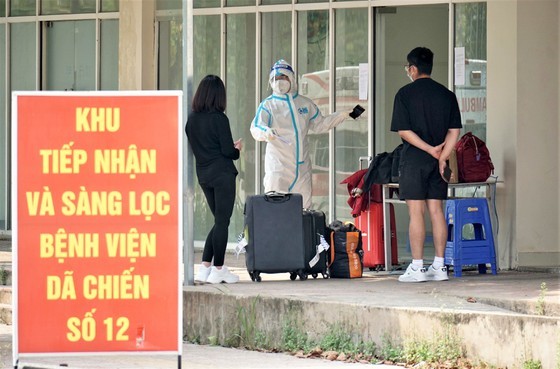 The health watchdog said that the city had recorded 14 cases of Omicron variant infection, including 13 imported cases and one case outside the community who has been contacted closely with the above 13 imported people. Specifically, the patient is a 42-year-old room cleaner at Grand Vista Hotel Hanoi (a hotel that isolates people on entry according to city regulations).
From December 28, 2021, to January 9, 2022, the patient worked at the hotel and served for imported delegations isolated at the hotel. Seven of them are cases of Omicron infection tested positive for the new variant by Bach Mai Hospital on January 21, 2022.
The patient was isolated at a hotel during work with a weekly PCR test. She was negative on January 3 and positive on January 9. The patient was isolated for treatment at the hotel from January 9 to 18 and has now recovered.
Preliminary epidemiological investigation results have not detected any more secondary infections, all hotel staff and family members have tested negative.
The Health Ministry announced 15,954 new Covid-19 cases yesterday evening including 15,885 cases in the community in 61 cities and provinces. Moreover, the country logged 20,540 recovered patients and 155 deaths.
Vietnam has reported 166 imported and community-based Omicron infections. The Omicron cases have been recorded in Ho Chi Minh City with 92 cases, in the Central Province of Quang Nam with 27, in the capital city of Hanoi with 14, Khanh Hoa Province with 11, in the Central City of Da Nang with eight, in Kien Giang Province with four, in Thanh Hoa Province with two, in Quang Ninh Province with two. Hai Duong Province, Hai Phong City, Long An Province, Ba Ria-Vung Tau Province, Binh Duong Province and Lam Dong Province reported one respectively.