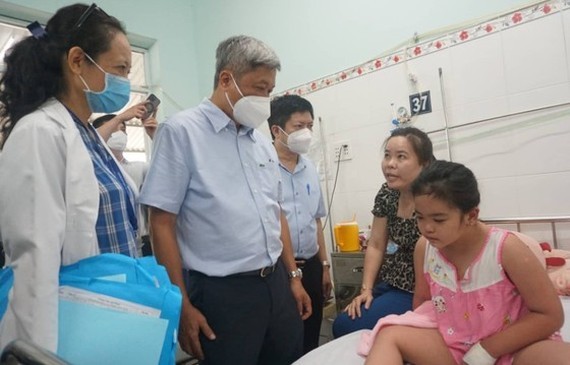 Deputy Minister of Health Nguyen Truong Son visits and encourages a pediatric patient who is under dengue fever treatment at District 8 Hospital on June 27.

After a week, the rate of severe patients to the total number of dengue cases was 1.6 percent, an increase of over four times over the same period with 33 out of 7,542.

This week, 21 districts and Thu Duc City in HCMC excluding District 12 are facing a dengue fever “emergency” with 2,548 cases, up 611 cases over the past four weeks and a death related to the disease rising total death to ten from the beginning of the year to now.

By Thanh An- Translated by Huyen Huong