The case is linked to a Covid-19 case in Hoc Mon. 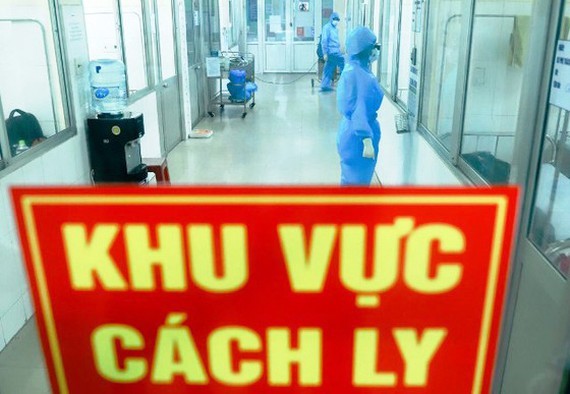 The Children's Hospital 1 said that the infirmary received information from Xuyen A Hospital about the sister of the nurse in the Department of Neonatology had a positive rapid test result for SARS-CoV-2.
The hospital immediately asked the nurse to go to the Xuyen A Hospital to undergo a test whose result was positive for SARS-CoV-2.
Through investigation, the hospital soon tracked the contacts with the nurse at Tan Thoi 3 hamlet in Tan Hiep Commune in Hoc Mon District. According to the nurse, she went to the sister's house on June 6 when the sister had symptoms of fever and fatigue
The nurse worked at the Department of Neonatology on June 8 following the pandemic regulations including medical declaration, mask-wearing, and hand washing.
Later, she stayed at home and did not enter the hospital.
On the morning of June 10, her sister went to Xuyen A Hospital undergoing a quick test twice for suffering fever, loss of taste. Both her quick tests came out positive. She is waiting for Realtime RT-PCR results. Currently, the woman is under quarantine.
After receiving the information, Children's Hospital 1 quickly activated the system when there was a suspected case of SARS-CoV-2 that was prepared and rehearsed by the hospital. It quickly reported to the municipal Department of Health and the Center for Disease Control as well as blocked the Department of Neonatal and the Department of Neonatal Resuscitation.
Furthermore, it stopped admitting newborn patients from other hospitals temporarily.
The hospital traced the contacts of the nurses by taking samples for testing all staff, relatives, and patients working at the Neonatal Intensive Care Area.
Initial results of rapid test, PCR of staff, relatives, and patients at Neonatal intensive area were negative. The hospital fumigated the Department.