Yesterday evening, the Ministry of Health announced the death of a 35-year-old female medical worker due to anaphylactic shock after receiving a dose of the AstraZeneca Covid-19 vaccine a day in the Mekong Delta Province of An Giang. 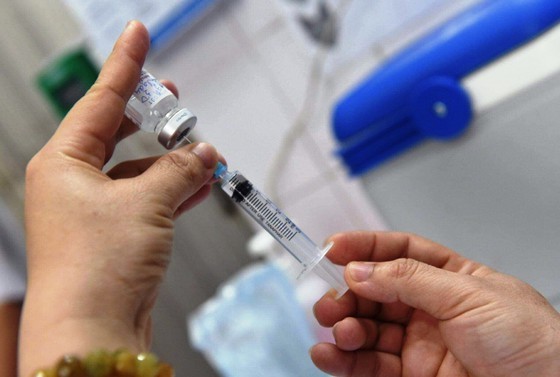 Immediately after recording this death, Minister of Health Nguyen Thanh Long called to share the pain of loss with the family and relatives of the female medical staff and the front line of the provincial health epidemic prevention force in An Giang Province.
After receiving the Covid-19 jab, the female went into shock and was treated by the General Hospital in Tan Chau District in accordance with the Ministry’s guideline. The hospital also sought consultation from experts and doctors from the An Giang Province General Hospital and Cho Ray Hospital in Ho Chi Minh City through telemedicine.
She was then transferred to An Giang Province’s General Hospital for further treatment. Under the Ministry of Health’s instruction, intensive care specialists from Cho Ray Infirmary arrived in An Giang Province to help their peers. Nevertheless, despite all efforts of physicians to save her, the female health worker succumbed to the disease on May 7.
According to the medical council, anaphylaxis is the culprit of the death with an underlying condition identified as an allergy to non-steroidal anti-inflammatory drugs.