The hospital located in the area of more than 6 hectares has 1,000 beds.

Director of the Department of Health Nguyen Tan Binh said that the facility is one of three newly-built regional general hospitals including one in outlying district Hoc Mon and another Thu Duc District. The three hospitals, the Tumor Hospital’s second branch in District 9 and the high-tech medical examination and treatment facility of Pham Ngoc Thach Medicine University in Binh Chanh District are the city health sector’s major projects.
These above-mentioned institutions have been built in gates into the city to meet demand of medical services of city dwellers and people in neighboring provinces. The city is expected to become one of medical centers in Southeast Asia after 2025.
Speaking at the ground-breaking ceremony, Deputy Chairman of the city People’s Committee Vo Van Hoan highly appreciated related agencies’ efforts to overcome difficulties. Mr. Hoan also expressed his gratitude to residents in Bau Tre village who were supporting the project by quickly agreeing to receive compensation for site clearance so that the construction of the project can be quickly carried out.
He stressed that the general hospital will contribute to the provision of medical services to satisfy the demand of examination and treatment of locals and residents in nearby provinces.
Additionally, Ho Chi Minh City - Moc Bai expressway will be started in 2021 and completed simultaneously with the construction of the hospital, which will help improving Cu Chi District’s infrastructure, ease traffic congestion, facilitate attraction of investment and eliminate the gap between inner city and outlying districts.
Mr. Hoan proposed related agencies to speed up the construction of the hospital so that the construction will be completed as per the schedule.
Prime Minister Nguyen Xuan Phuc has approved three projects to build new facilities at three regional general hospitals in HCMC to meet increasing demand for health examination and treatment.
Of these, total capital for the Thu Duc, Hoc Mon and Cu Chi regional general hospitals is estimated to be more than 5.6 trillion (US$240 million) from the city’s state budget. Of the amount, the Thu Duc General Hospital has the total investment of VND1,915 billion while the General Hospital in Hoc Mon District costs VND1,895 billion and the General Hospital in Cu Chi District costs VND1,854 billion. The three facilities are expected to be operational in 2023.
Some photos of the ground-breaking ceremony: 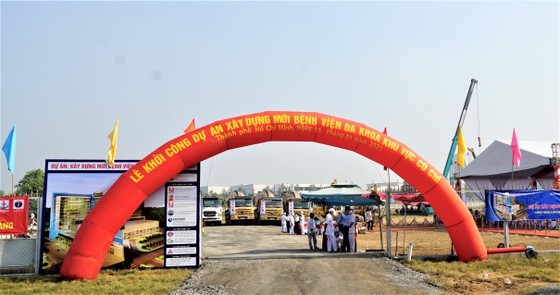 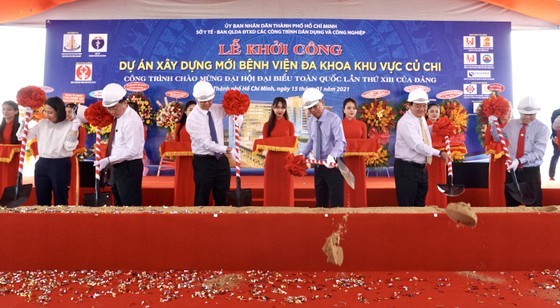 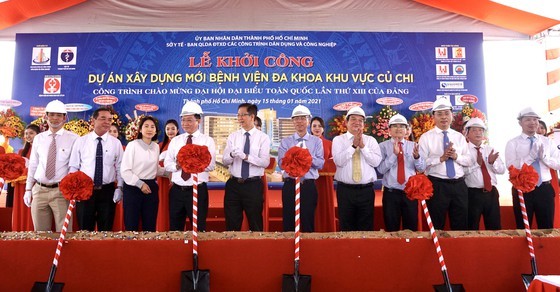 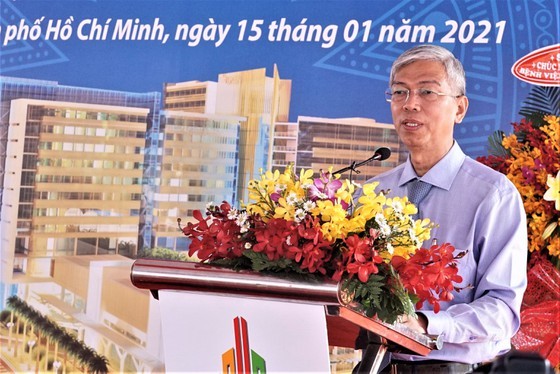