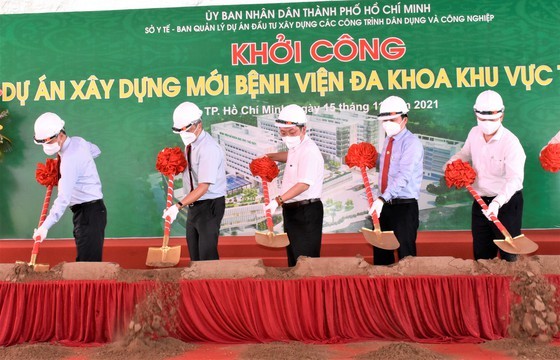 At the groundbreaking ceremony
Located at the address No. 64 Le Van Chi Street in Thu Duc City’s Linh Trung Ward, the hospital has been established from transforming the former Thu Duc District’s Healthcare Center.

The 10-storey hospital covering on an area of more than 58,000 square meters with an investment capital of VND1,915 billion (US$84.8 million) is expcted to be finished in 2023.
The new medical facility with a capacity of 1,000 beds includes eight functional rooms, a range of 25 departments with 600 healthcare staff providing medical examinations to more than 2,000 people per day.

Deputy Minister of Health Nguyen Truong Son speaks at the event.
Speaking at the groundbreaking ceremony, Deputy Minister of Health Nguyen Truong Son stressed that HCMC has been severely hit by the fourth wave of Covid-19, affecting all aspects of life in the city. As of now, the southern economic hub has entered the new normal phase of the reopening due to the combined efforts of both the people and city government.
The construction of three hospitals including Hoc Mon General Hospital, Cu Chi General Hospital and Thu Duc General Hospital will contribute to the development of medical facilities to offer better patient in the city, he added.
The Management Board of Industrial and Civil Engineering Construction and Investment Projects of HCMC and relevant units also put the HCMC Children’s Hospital and the Unit 2 of the HCMC Oncology Hospital into operation. The constructions are parts of the builing and upgrading project of 11 hospitals in the city, such as the HCMC Heart Institute, An Binh Hospital, HCMC Forensic Psychiatric Center, HCMC Blood Transfusion Hematology Hospital. 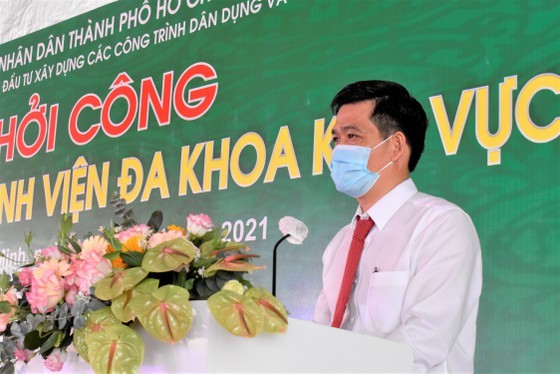 Deputy head of the Management Board of Industrial and Civil Engineering Construction and Investment Projects of HCMC, Le Van Dung speaks at the event. 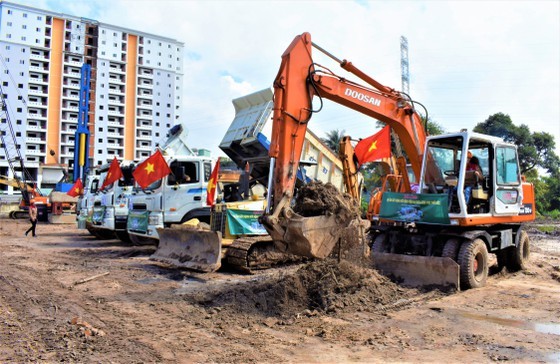