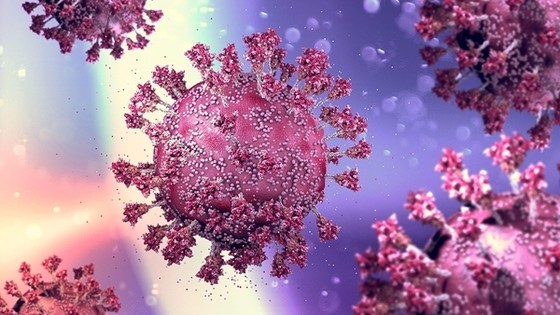 Specifically, the two patients infected with the Omicron BA4 variant are 23-year-old sisters in Thanh My Loi Ward in Thu Duc City. They had symptoms of fever, headache, aches, and pains and have been in contact with a mother who has had Covid-19 before; therefore, the two girls conducted self-test at home which produced positive for Covid-19.
They later voluntarily reported on the city's declaration system and self-isolated according to regulations. After receiving case information on the system, medical staff from the Thanh My Loi Ward Medical Station collected the two girls’ samples which were sent to the Pasteur Institute for gene sequencing. The test results have shown that the two girls were infected with the Omicron BA4 variant.
All close contacts of the two patients who were notified to self-monitor their health and perform a rapid test gave negative results. Currently, the two girls have recovered from the disease and have returned to normal work.
The third patient is an 11-year-old girl in Tan Phu Trung Commune in Cu Chi outlying district. On June 20, the patient had a fever of about 38.5 degrees Celsius. She lived with his mother who had previously had Covid-19. Her test at home was positive for coronavirus. Her samples were collected and test results have shown that she got the BA.5 sub-variant.
According to an epidemiological investigation carried out from June 17 to now, the patient has only stayed at home, not having contact with strangers. After having a positive result, the patient was isolated at home and disinfected according to regulations.
According to HCDC, to ensure good prevention of the Covid-19 epidemic, Ho Chi Minh City has expanded the surveillance system for the new variant of Covid-19 in 21 districts and Thu Duc City from June until now.