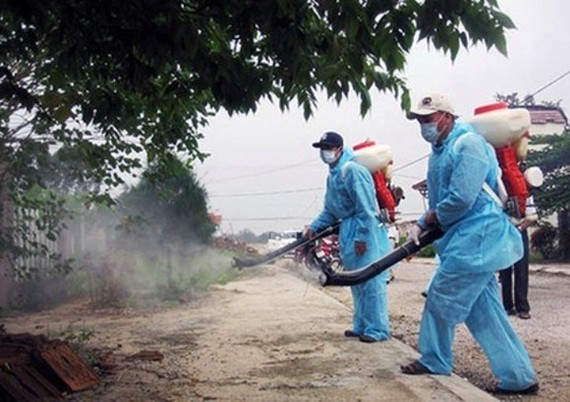 Currently, most dengue cases and deaths are mainly reported in the southern provinces, but through surveillance in the North, the number of dengue cases started to increase.
In particular, large hospitals in Hanoi such as Bach Mai, National Children's Hospital, and Central Tropical Diseases recorded cases of dengue fever with severe development and epidemiological factors. These cases have been returning from the southern provinces after going on a business trip or traveling.
Through many cases of dengue due to epidemiological factors from the South, where dengue epidemic development is complicated, doctors recommended people to return from the south region when they have a sudden high fever, and pain. Physicians advised people with headaches, aches, and pains to go to a medical facility immediately for testing and timely diagnosis of dengue fever, to avoid dangerous complications.
People need to actively apply measures to prevent mosquito bites when traveling or working, such as using mosquito repellent creams and gels, mosquito nets, and staying away from dengue-risk areas.
The Ho Chi Minh City Department of Health yesterday said that from June 24 to June 30, the number of hands, foot, and mouth disease cases tends to decrease, but the number of dengue fever cases tends to increase, the city recorded one more dengue death.
During the week, the southern largest city recorded 175 new dengue outbreaks in 98 wards and communes in 19/21 districts, and Thu Duc City, increased one new outbreak compared to the prior week with 136 outbreaks.