Based on clinical signs, epidemiological data, and test results, medical experts believed that his co-worker in District 7 who left the southern metropolis for the Northern City of Hai Phong from April 24 to May 5 had transmitted the virus to the patient as the mutated strain is in circulation in northern provinces in Vietnam. 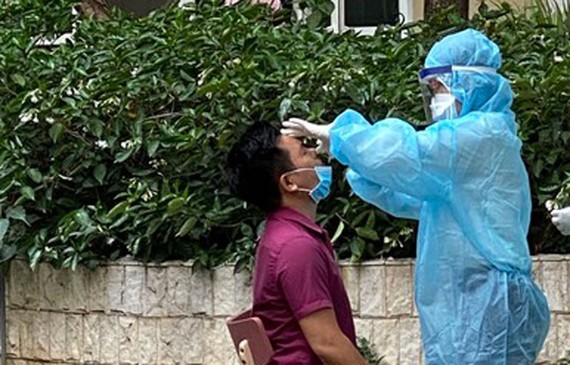 After returning to HCMC, the female co-worker suffered fever and respiratory; accordingly, she bought medicine from a nearby pharmacy for self-medication. She asked for a work leave and then, she was back to work when she felt better.
This morning, the Ministry of Health confirmed 30 domestic cases of Covid-19 , taking the national tally to 4,720 patients, including one in the northern provinces of Lang Son, Thanh Hoa each, two in Ninh Binh Province, eight in Bac Ninh Province, five in Hai Duong Province and 13 in Bac Giang Province.
Also this morning, the sub-treatment committee of the National Steering Board for Covid-19 Prevention and Control announced the 38 coronavirus-related death. She is a 64-year-old woman with liver cancer.