This morning, the Ministry of Health said that the National Institute of Hygiene and Epidemiology (NIHE) had conducted genetic sequencing of blood samples sent from localities in the country. 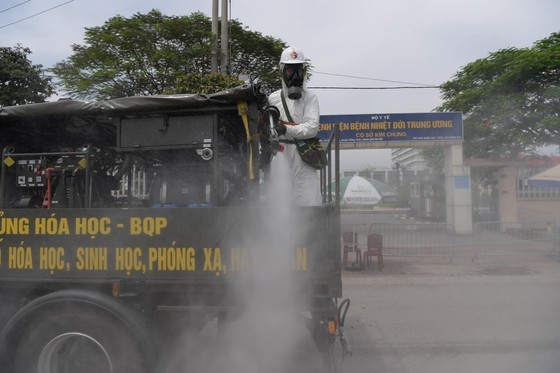 Results of genetic sequencing of some samples showed that Indian variant B.1.617.2 was found in seven samples of patients linking with the above-mentioned hospital, two samples in the northern provinces of Vinh Phuc, Bac Ninh and Lang Son each and one sample in Nam Dinh Province.

Variant B.1.1.7 appearing for the first time in the UK was found in one sample in the Northern Province of Hai Duong.
Variant B.1.617.2 was first identified in India in December 2020, after which 20 countries announced the presence of this variant.
The National Steering Committee for Covid-19 Prevention and Control at noon today reported 18 new cases of Covid-19 in the country. Two of them were under isolation upon arrival in the Southern Province of Dong Nai while 16 other cases were in the quarantine areas or blocked districts in Bac Giang Province, Hanoi, Quang Tri Province, Bac Ninh Province, and Hai Duong Province.