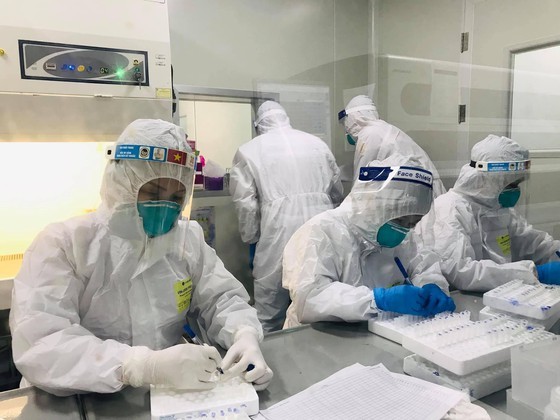 Vietnam’s Covid-19 count rose to 11,794 after 159 new cases were found over the past 12 hours to 6am on June 17. (Photo: SGGP)
Of the latest cases, one was imported and 158 were locally transmitted, with 87 in Bac Giang province, 45 in Ho Chi Minh City, 11 in Tien Giang province, seven in Binh Duong province, six in Bac Ninh province, and one each in Lang Son and Ha Tinh provinces.
Among the domestic infections, 156 were detected in quarantined or locked-down areas.
As of 6am on June 17, Vietnam’s domestic count stood at 10,138, and there were 1,656 imported cases.
As many as 8,568 cases have been recorded since the new outbreak began in the country late April, of whom 1,861 have been given the all-clear.
Twenty four cities and provinces that were hit by the pandemic have gone through 14 days without new infections.
The number of recoveries reached 4,590, while fatalities were 61, said the ministry’s Department of Medical Examination and Treatment.
Among the patients still under treatment, 340 have tested negative for the coronavirus SARS-CoV-2 once, 91 twice and 44 thrice.
A total of 182,462 people are under medical monitoring nationwide.
On June 16, 125,225 people received Covid-19 vaccine shots , raising the number of vaccinated people to nearly 1.8 million, of whom 72,325 have got two jabs.