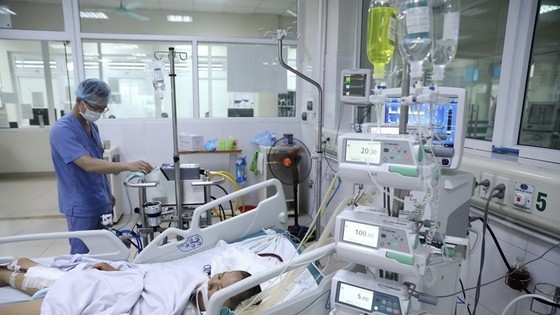 According to Mr. Phan Quang Minh, Head of the Veterinary Epidemiology Division under the Department of Animal Health, local veterinary forces have taken five samples to test for avian influenza virus and these samples all gave negative results for influenza A/H5 virus.

A notice from the Department of Health of Phu Tho Province said that the patient's family raised 16 swans and two chickens. However, about a week before the child was admitted to the hospital, the family discovered that the swans and chickens were sick and died en mass for unknown reasons.

The family killed sick swans and chickens for their meals but no one in the family has fallen ill. Their neighbors have also raised poultry but have not found any dead or sick poultry or waterfowl. In the residential neighborhood, no one is infected with the fatal virus.

On the same day, the Ministry of Health sent an urgent dispatch to chairpersons in people's committees nationwide requesting to strengthen the prevention of avian flu after recording a case of influenza A/H5.

Accordingly, the Ministry of Health requested localities to direct relevant agencies to strengthen surveillance for early detection of severe cases of viral pneumonia, investigation of suspected cases of avian influenza as well as thoroughly handle the outbreak as soon as it is detected.

Moreover, health authorities in provinces and cities should isolate and treat patients infected with the avian flu virus according to regulations. Health agencies, veterinary authorities, and local authorities closely coordinate in monitoring influenza epidemics in poultry and humans in order to promptly handle the outbreak thoroughly.