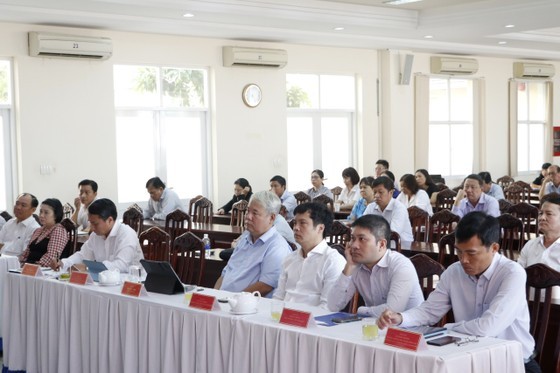 At the launch of the two apps in District 7

Speaking at the ceremony, District 7 Party Committee Secretary Vo Khac Thai said that these two digital transformation products are of great significance because they will pave the way for District 7 in applying science and technology to solve problems;  moreover, the district will gradually overcome its existing problems in the management of party members and evaluation of staff and civil servants.

The two digital transformation products are deployed by the Standing Board of the District Party Committee of District 7 in collaboration with FPT Company and the Information Technology - Telecommunications Center of Ho Chi Minh City.

The application of the electronic party member handbook provides tools to disseminate the Party's guidelines, the State's laws, the movements of the Fatherland Front and mass organizations and Party establishments to party members and city dwellers.

At the same time, the application records comments and complaints of people and party members on the activities of the Party Committee, the government, the Fatherland Front, mass organizations, and party units to pave the way for innovating comments for draft party literature and documents of the Party as well as renewing the method of managing party members and activities of party units.

In addition, the application contributes to the innovation of methods and forms of inspection and supervision and digitalization of the storage and management of records and documents.

From January 1, 2023, District 7 will officially operate these two digital conversion products; the district will simultaneously continue to study and supplement the application of the civil servant handbook.