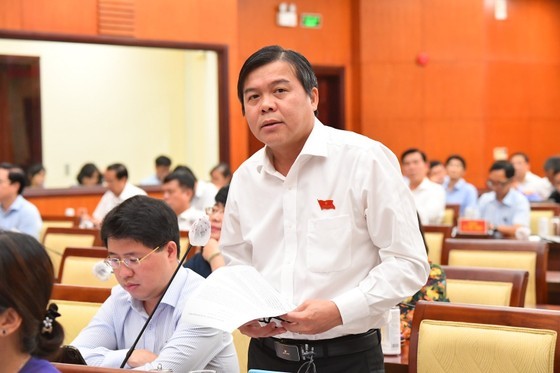 The Chairman made the statement at today’s eighth session of the tenth tenure of the Ho Chi Minh City People's Council which continued the second working day on Thursday. Deputies posed questions about some matters.

Deputy Tang Huu Phong raised the question that in mid-October, right after Ho Chi Minh City controlled the epidemic and moved to a stage of flexibly and safely adapting to the Covid-19 epidemic, Secretary of the Ho Chi Minh City Party Committee Nguyen Van Nen directed at the Conference of the Executive Committee of the Ho Chi Minh City Party Committee for the term of 2020-2025 to focus on mobilizing all social resources to build social housing and public accommodation projects. This is an important program that received great attention from people from every walks of life, workers, employees, officials, teachers and businesspersons.

Social housing construction was then repeatedly mentioned in city conferences, meetings and working sessions of city leaders with localities. On June 24, 2022, at the city People's Committee's monitoring session of the Ho Chi Minh City People's Council on the housing development program for the 2016-2025 period, Chairman of the municipal People's Committee Phan Van Mai continued to affirm that the housing development program, especially social housing program is a crucial task which city authorities will focus on doing better.

At the 19th expanded meeting of the Party Executive Committee of Ho Chi Minh City on November 30, Secretary of the Ho Chi Minh City Party Committee Nguyen Van Nen once again emphasized the requirement to focus on building social houses.

Deputy Tang Huu Phong suggested that the HCMC People's Committee Chairman should inform how the city will implement the Housing Development Program in the 2021-2030 period.

The Department of Construction advised city authorities to focus on the implementation of 18 projects as well as the completion of the project of replacing houses on and along the canals with the number of 20,000 houses and developing worker accommodation, including houses for rent and social housing.

Previously, Chairman of the People's Committee of Ho Chi Minh City Phan Van Mai reported to the meeting on the socio-economic situation in 2022. He emphasized that economic recovery is earlier than expected and the year’s achievement proves city administration successful in controlling the epidemic. 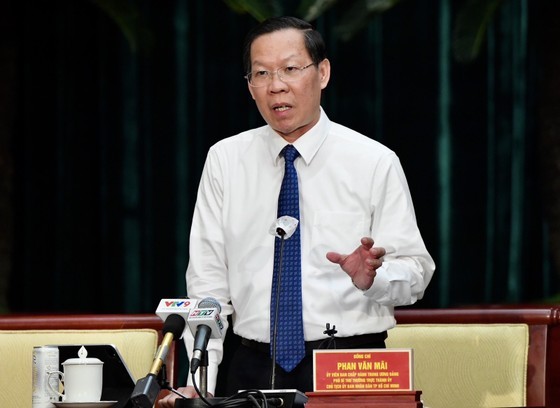 Chairman of the municipal People's Committee Phan Van Mai
The Chairman of the city People's Committee pointed out that the city can gain achievement thanks to the initiative of Ho Chi Minh City in formulating strategies for recovery and development very early plus the dynamism and determination of city inhabitants and businesses in addition to the support of the Central Government, provinces and cities across the country, especially from people at home and abroad. In particular, the amount of remittances in Ho Chi Minh City is higher than a foreign direct investment with about US$6-8 billion.

Besides the good results, the Chairman said that the city is still facing problems that have not been resolved for years and capital in the society has been exploited. From the beginning of the fourth quarter of 2022, the fluctuation of credit and bond markets, manufacturers’ difficulties, and the sluggish real estate market appeared to delay the city’s progress.

The HCMC People's Committee will closely monitor the development of these matters and resolve them. In the immediate future, the city will strive to achieve 80 percent of public investment disbursement as well as remove obstacles to help businesses overcome difficulties. In particular, Ho Chi Minh City focuses on stabilizing prices and ensuring social security, especially during the upcoming Tet holiday. At the same time, Ho Chi Minh City is also ready for scenarios in 2023.

In order to achieve the target of 2023, Chairman Mai emphasized that each department, locality, and each civil servant must perform their task well and ensure smooth and efficient work. Ho Chi Minh City focuses on removing difficulties, opening up capital, and operating it will continue to review the work of members of the working groups, apply information technology in assigning tasks and monitor work progress. Along with that, Ho Chi Minh City determines that opening up capital and mobilizing social resources is an important goal to accelerate public investment.

Along with that, the southern metropolis will mobilize social contributions to invest in key construction works and projects, and focus on supporting industrial development, especially deploying specialized industrial parks such as the microelectronics industry, pharmaceuticals - medical supplies, and automobile mechanics. Finally, the city will support small and medium enterprises in digital transformation and promote innovative start-ups in addition to the implementation of a tourism development strategy, riverside economic development project, and night economy.