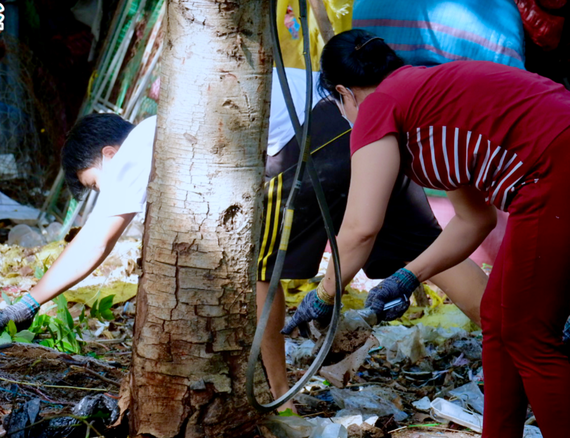 The city reported 2,834 dengue cases last week, including 373 severe cases and the two mentioned-above deaths, and recorded 24,941 dengue patients from the beginning of the year until the present, up 216 percent compared to the same period last year.

An increase in dengue cases has been seen in Thu Duc City and 18 districts throughout the city, excluding Cu Chi, Go Vap, Hoc Mon and Phu Nhuan. The city’s healthcare sector raised an alarm over the dengue fever outbreaks in Can Gio and districts of 4 and 7.

In the past week, the whole city recorded 143 new dengue clusters in 88 wards and communes in 18 districts and Thu Duc City. The total number of outbreaks treated with chemical spray during the week was 300, and 4 wards and communes handled large-scale outbreaks.

The city has continuously killed mosquitoes and mosquito larvae in 163 wards and communes in 21 districts and Thu Duc City. In addition, it recorded four clusters of HFMD outbreaks in Binh Tan, districts of 4 and 11, raising the total number of the outbreaks to 65 in the 27th week this year.

Last week, the city documented 593 other hand-foot-mouth disease (HFMD) cases, a decline of 323 cases compared to the previous four weeks. Since the beginning of the year, the southern economic hub has recorded 9,070 HFMD cases.

By Thanh An – Translated by Kim Khanh