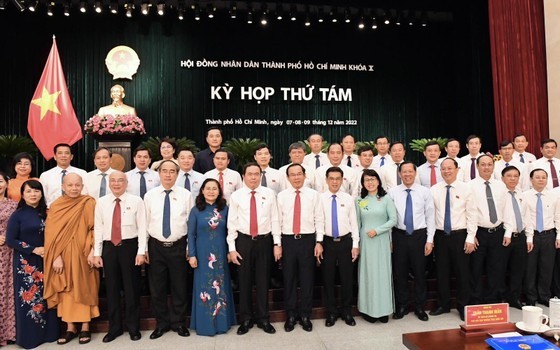 Vice Chairman of National Assembly Tran Thanh Man and leaders of HCMC attend the eighth session of the tenth tenure of the municipal People's Council.

According to the statement that was made at the eighth session of the tenth tenure of the municipal People's Council opened on December 7, the central capital will be invested in works, including a project to clean up and renovate the environment of the Tham Luong Canal – Ben Cat – Nuoc Len Canal system with a total investment capital of VND300 billion (US$12.5 million), VND600-billion construction project of An Phu intersection, the National Highway 50 expansion in Binh Chanh District with VND184.4 billion.

The municipal People’s Committee also submitted a report on the 2023 public investment plan with the HCMC’s State budget expenditure of more than VND55,200 billion to the People’s Council of the city. 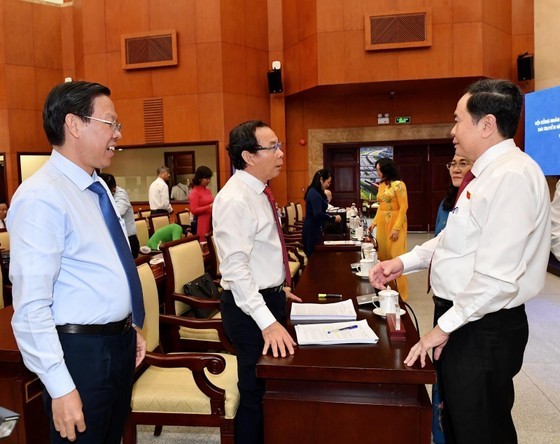 As of December 1, total public investment disbursement reached more than VND13,900 billion, accounting for 37.3 percent of the year’s target, and is expected to reach over VND32,200 billion on December 31, gaining 86 percent of the total assigned capital.

The People’s Committee of the city proposed a capital reduction of more than VND1,417 billion of medium-term public investment plans for 2021-2025, and an allocation of around VND119,000 billion to continuously implement projects which have been temporarily suspended in the 2021-2025 period or give capital priority to medium-term public investment plans for 2025-2030 or 2026-2030.

The amount of capital reduction of medium-term public investment plans for 2021-2025 will be used for urgent projects, such as the clean-up project on the polluted Xuyen Tam canal which runs through Binh Thanh and Go Vap districts aiming at preventing flooding in the canal area and cleaning up Nhieu Loc-Thi Nghe canal. 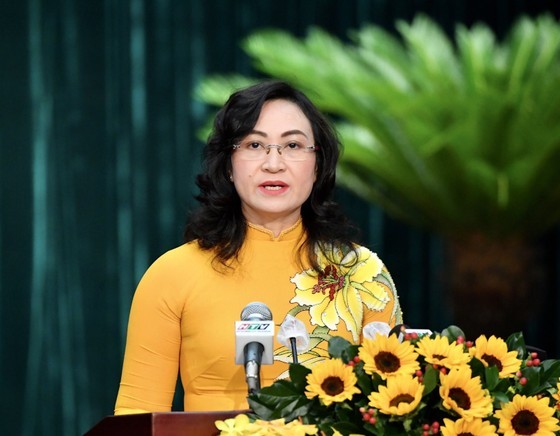 The HCMC People’s Committee suggested the People’s Council consider and assign medium-term investment capital of VND2,171 billion for five projects. Of these, the second phase of the city’s environmental sanitation project to 2030 worth VND11,132 billion needs an additional medium-term capital of VND748 billion from the HCMC’s State budget in the phase from 2021-2025. 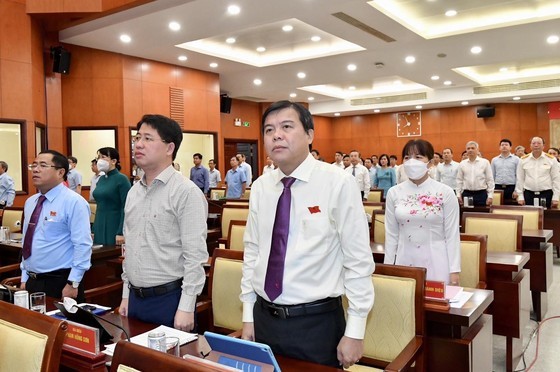 Delegates attend the the eighth session of the tenth tenure of the HCMC People's Council. 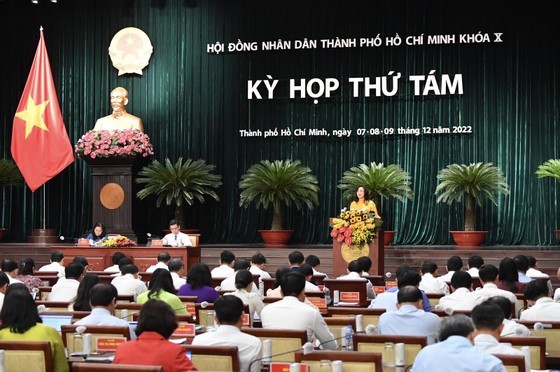 Besides, the municipal People’s Committee proposed an allocation of reserve capital of nearly VND6,650 billion for the renovation project on the polluted Xuyen Tam Canal. The project with a total capital of more than VND9,664 billion focuses on dredging the 6.628km long main section running from Nhieu Loc Thi Nghe Canal to Vam Thuat River.

At the meeting, the People’s Committee of the city submitted a report on allocating VND16,700 billion for the first phase of the HCMC-Moc Bai expressway. 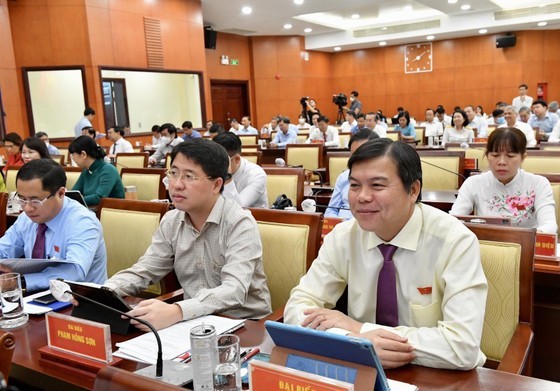 Delegates attend the the eighth session of the tenth tenure of the HCMC People's Council.

According to the construction project, the HCMC-Moc Bai expressway has a total length of over 50 kilometers with six lanes, starting from the Ring Road 3 in HCMC’s Cu Chi District, spanning over Vam Co River and linking up to Moc Bai International Border Gate in Tay Ninh Province’s Ben Cau District. The section running through HCMC is 23.7 kilometers.

The first stage of the highway costs nearly VND16,729 billion, including the cost of compensation of VND7,433 billion, VND6,355 billion for construction and other expenditures of 2,941 billion. It will be implemented under a public-private partnership model, following the build-operate-transfer (BOT) format having state budget support.