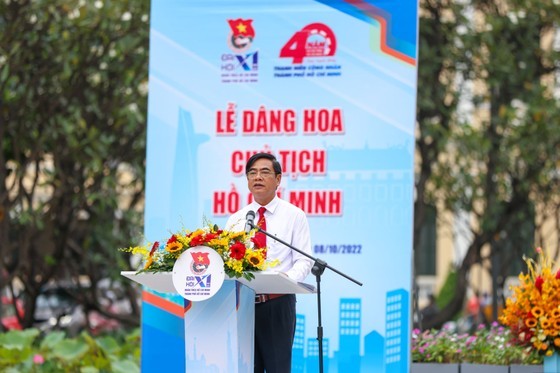 Deputy Head of the Municipal Commission of Mass Mobilization, Ngo Van Luan speaks at the event.

Launched in 2011, the award honors outstanding young and friendly cadres and officials who applied practical solutions and initiatives at work, especially in administrative reform, and had a high spirit of responsibility and good performance in the “Studying and following President Ho Chi Minh's thoughts, morals and style”. 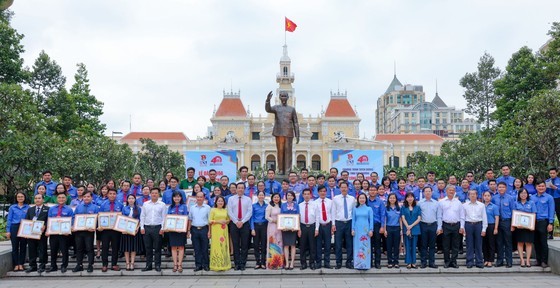 After the award ceremony, exemplary models took part in the “Connection between cadres and officials with young employees in HCMC” program at the headquarters of the municipal People’s Committee.