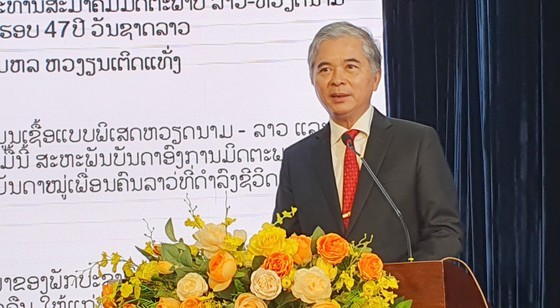 Addressing the event, Vice Chairman of the HCMC People’s Committee Ngo Minh Chau highlighted the special relationship and the cooperation in various fields between the two countries, and HCMC-Lao cooperative relations in the sectors of the economy, trade, health, education and agriculture.

He believed the Lao People's Revolutionary Party (LPRP) will lead the nation to prosperity, success and confidence, and help the country affirm its position in the region and international arena.

In May, a delegation of HCMC high-ranking officials led by Secretary of the municipal Party Committee Nguyen Van Nen visited the Lao People's Democratic Republic from May 25-29. The visit further promoted Vietnam-Lao's great friendship, special solidarity, and comprehensive cooperation, and strengthened the implementation of cooperation projects between HCMC and Laotian localities, including Vientiane Capital, Savannakhet and Champasak provinces. 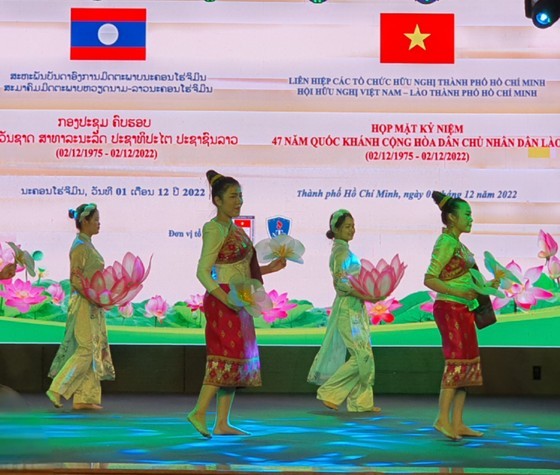 A performance of Laotian traditional dance at the ceremony

Additionally, Secretary of the People’s Committee of HCMC Nguyen Van Nen on August 29 received three delegations of high-ranking officials of Laotian provinces and cities of Vientiane, Champasak and Savannakhet. The trip aims to mark the Vietnam-Laos Solidarity and Friendship Year 2022 as well as the 60th anniversary of diplomatic ties and the 45th anniversary of the Treaty of Friendship and Cooperation, the city’s leader stressed.

He emphasized that the visit aimed to further promote the traditional relationship between the peoples of the two nations, and HCMC and Laotian localities as well as marked the Vietnam-Laos Solidarity and Friendship Year 2022, the 60th anniversary of diplomatic ties and the 45th anniversary of the Treaty of Friendship and Cooperation.