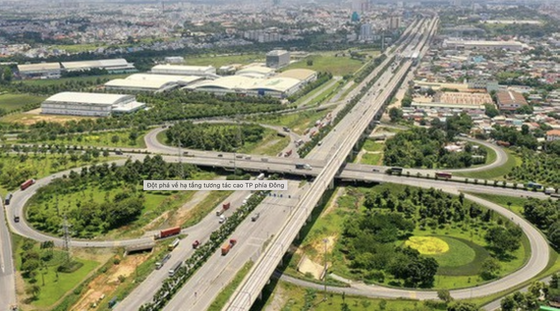 A corner of Thu Duc City

In the field of construction, environment, and urbanity, the People’s Committee of Thu Duc City has been allowed to implement procedures of land revocation, approve detailed planning projects of 1:500 scale and plans for resettlement areas and compensation, and collect and transport municipal solid waste.

In the sector of the economy, finance, and project, Thu Duc City will directly implement State management functions in the first-class markets, issue decisions for the establishment of the second and third-class markets, organize bidding for selecting businesses, carry out business strategy, production plans, investment and development, organizational structure and approve salaries in a Public Service One Member Company Limited.

In the field of culture, education, information, society, and science, the People’s Committee of Thu Duc City has been given empowerment to check operation conditions of representative offices of press agencies and issue documents asking news services to stop operations if they do not meet requirements.

In addition, Thu Duc City will be allowed to name public works, and large-scale important constructions; approve art performances, not including events within the framework of international cooperation of the Central associations of performing arts and Public non-business units; take missions and functions in the Thu Thiem College of HCMC and Thu Duc College of Economy and Technology.

The empowerment grant will take effect from now until December 31, 2024.