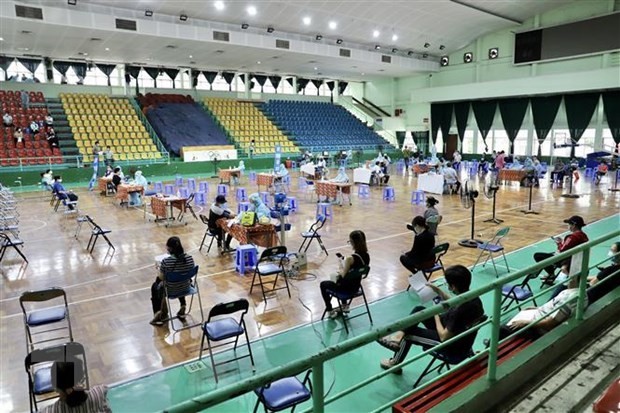 HCM City aims to vaccinate two-thirds of its population above 18 years old in August. (Photo: VNA)

Duc said Secretary of the municipal Party Committee Nguyen Van Nen had set the target of administering vaccine to two-thirds of the city’s population above 18 years old in August.

To speed up the work, the city will set up mobile inoculation groups besides fixed vaccination sites, he said, adding that the vaccinations would be conducted even at night.

According to the official, most of the vaccines in HCM City now are allocated by the Ministry of Health. One million doses of sponsored vaccines are expected to arrive at Tan Son Nhat International Airport on July 31.

To reduce Covid-19 infections in the city, it is necessary to extend the social distancing period under the Prime Minister’s Directive No. 16 by one-two weeks, after August 1 and the municipal administration will make an official announcement soon, Duc said.