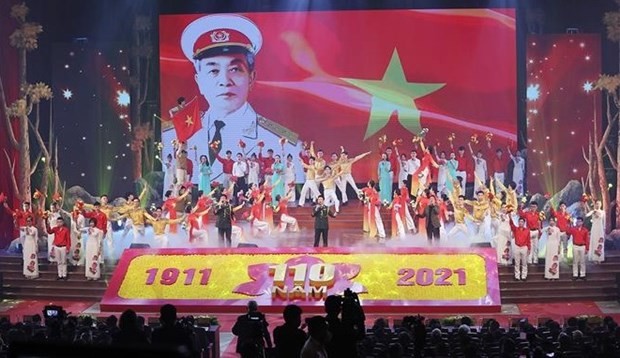 A musical performance at the ceremony in Dong Hoi city on December 22 (Photo: VNA)

Looking back on the general’s revolutionary career, Prime Minister Pham Minh Chinh said Giap was the first Commander-in-chief of the VPA and assumed this position at the age of 37. Thanks to extraordinary will and efforts, he excellently fulfilled his duties, deserving the trust of the Party, President Ho Chi Minh, and the Vietnamese people.

Serving as the Commander-in-chief and Secretary of the Central Military Commission for 30 years, the “Eldest Brother” of the VPA was an outstanding military strategist and a prestigious leader of the Party, State, and people. 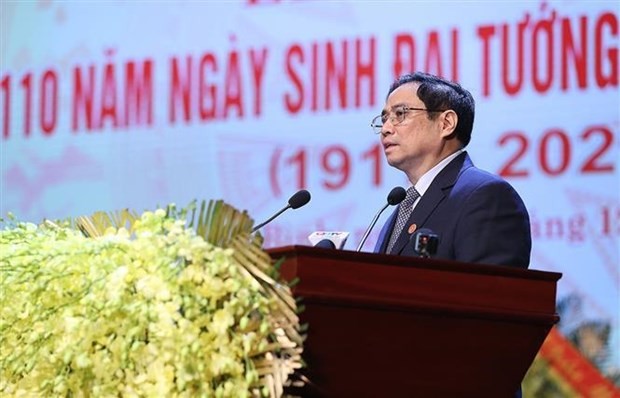 At the historic turning points of Vietnam’s revolution after the 1945 August Revolution and in the military campaigns during the resistance wars against France and the US, Giap contributed to the great victories, becoming a legendary general and winning the admiration and respect from many heads of states, politicians, scholars, journalists, writers, and people around the world, PM Chinh noted.

He went on to say that over the last 77 years, under the absolute and direct leadership of the Communist Party of Vietnam, the VPA has been developing unceasingly to become an ever-victorious army that defeated powerful countries and their henchmen and fulfilled noble international duties.

At the ceremony, the Government leader asked officers and soldiers in the entire army to further promote solidarity to join hands with the entire political system, the business community, and Vietnamese people both at home and abroad to overcome difficulties and challenges to successfully carry out the resolution of the 13th National Party Congress and achieve fast and sustainable national development. 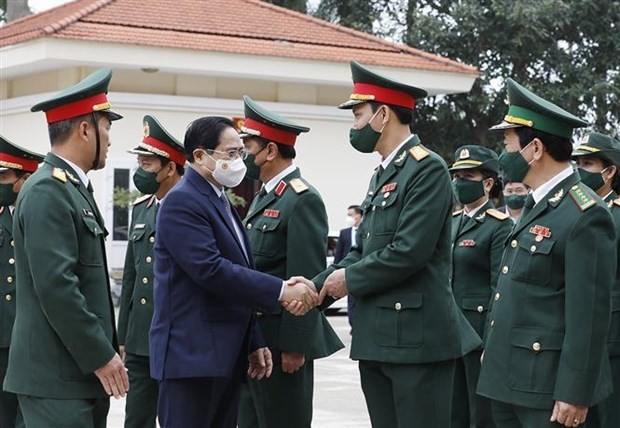 Also on December 22, PM Chinh visited officers and soldiers of Military Region 4, the Quang Binh Military Command, and families of revolution contributors in the province - the hometown of General Giap.