Tools to control corporate bonds must be designed: PM 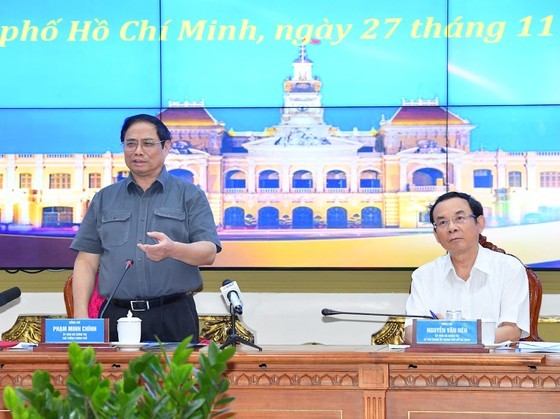 The PM highly appreciated the city’s achievements during the post-Covid-19 economic recovery and acknowledged the obstacles and challenges which the southern economic hub is facing. Public investment disbursement is one of the weaknesses that have existed for many years. It needs a solution for handling to create a driving force to solve other problems.

He asked relevant ministries to solve the HCMC’s above-mentioned problems in the key works, including Tan Son Nhat International Airport's Terminal 3, HCMC-Moc Bai expressway, Metro Line No.1 and No.2. Besides, there is no reason to hesitate to allocate sufficient capital for the Ring Road No. 3 project to ensure the project to be put into operation in 2025. 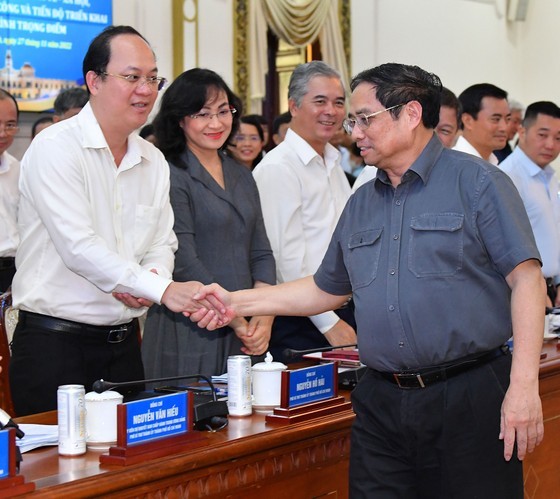 The Government’s leader delegated HCMC to operate and arrange resources for three driving forces of growth, consisting of consumption, public investment and export.

He hoped the city would take the leading role in developing technological innovation, innovation and creativity.

He asked the Ministry of Planning and Investment to cooperate with ministries, agencies and HCMC to build a model of technological innovation, innovation and creativity, and startup in emerging industries, such as digital economy, green economy and circular economy.

The PM also agreed with the city’s proposals on solving difficulties for businesses, developing tourism, issuing measures for preventing fuel shortage, and noted a good preparation for social security activities and caring for persons credited with revolutionary services and supporting needy people in the upcoming Tet holidays. 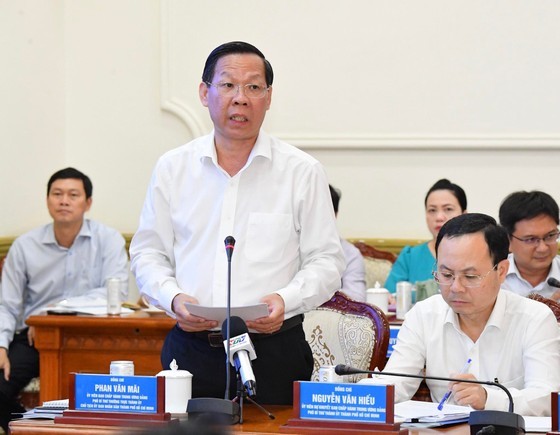 Chairman of the HCMC People’s Committee Phan Van Mai speaks at the event.

State budget revenue of the country’s largest economic hub surpassed VND457, 000 billion (US$18.4 billion), up 118.35 percent from the estimate and 17.05 percent compared to the same period last year. As of November 25, total public investment disbursement reached more than VND12, 600 billion, accounting for 34 percent of the year’s target.

The city’s chairman proposed the PM and ministries speed up public investment disbursement for the main projects of Ring Road No. 3, Metro Line No.1 and No.2, the construction project of T3 passenger terminal and the road building project to connect Tran Quoc Hoan St. – Cong Hoa St. in Tan Binh District; and allocate a total capital of VND4,500 billion for medical equipment procurement in the 2021-2025 period. 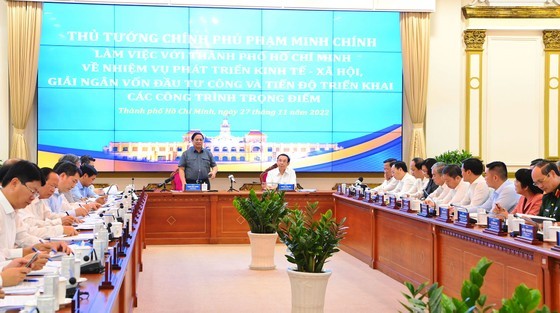 At the working session

At the meeting, leaders of the ministries gave opinions on the city’s socioeconomic development, such as the construction of an international port at Nha Rong Wharf, mobilization of social capital from enterprises, development of high technology, issuance of policies to support FDI businesses and establishment of centers for scientific research and technology development.

Secretary of the HCMC Party Committee Nguyen Van Nen proposed unification between agencies, a protection mechanism that will create sufficient and favorable conditions for HCMC to develop more strongly and sustainably. He affirmed the city will be always ready for the implementation of a pilot plan of new mechanisms and policies.