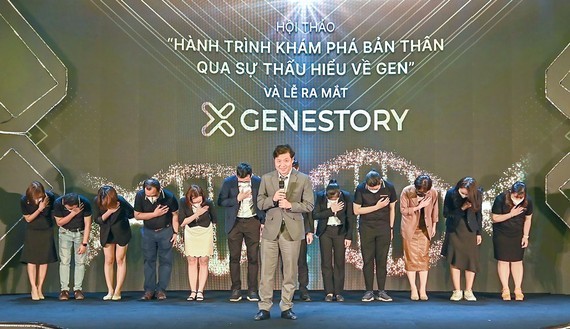 Launched in May, GeneStory, founded by Vingroup with the participation of leading scientists from many countries such as the US, the Netherlands and Germany, aiming to care for the public health through genetic decoding, surpassed five other competitors in the contest’s final round to win a cash prize of  US$25,000.

Speaking to the Vietnam News Agency (VNA)'s resident correspondents after the competition, Deputy Minister of Planning and Investment Tran Duy Dong said that VietChallenge 2022, the seventh edition of its kind, was jointly held by the ministry's National Innovation Center and VietChallenge Inc., a US-based non-profit organisation, to seek outstanding startups with advanced technologies in many areas.

Highly valuing the capacity of the six finalists, Dong said that he hoped Vietnamese startups around the world will connect with each other through this contest to build a common innovation ecosystem and help Vietnam rise to the world and grow stronger in the future.

Ambassador Dang Hoang Giang, Permanent Representative of Vietnam to the UN, highlighted the strong entrepreneurship spirit of Vietnamese young people, and hailed the efforts of the organisers and competitors in the contest which drew great attention of both Vietnamese and US business communities.

Held annually from 2015, VietChallenge has so far seen the competition of more than 800 Vietnamese startups from more than 20 countries worldwide.