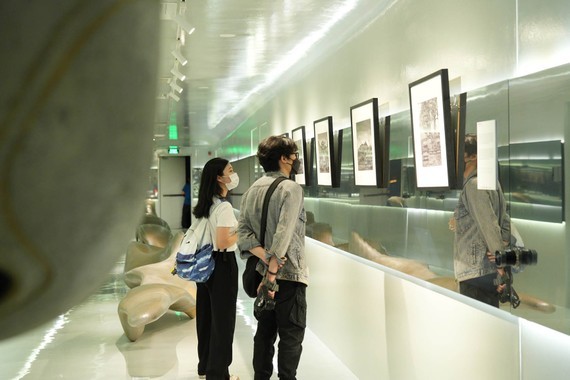 The year-end promotion season is approaching. Regardless of social networking groups, whether it is sharing gardening stories, taking care of plants, or shopping secrets, all launch hundreds of discount codes to attract followers. In less than one hour, more than 300 discount codes were launched.

Staying up till 1 am, 23-year-old Vu Ha Phuong Anh in HCMC’s Binh Thanh District, who is managing a group of young people hunting for sales/ hunting for discounts/promotions with more than 20,000 followers on social networks, said that shops offer hundreds of discount codes every month, especially in the year-end season when more and more consumers expected for discounts.

Usually, shops will release discount codes around midnight, so the newest consumer generations—Gen Z must stay up late to get the code and place the order very quickly. She revealed when she releases a discount code to the group, she will also receive a commission from the brands, depending on the number of followers, the commission will have different prices. It is these discount codes that attract people to the group more and more.

It's only mid-December, but 24-year-old Nguyen Ngoc Thao living in District 4 started to tighten her spending because she placed three orders during the sale on December 12. She said the orders she placed on December 12 were only a few tens of thousands of Vietnamese dong cheaper than on weekdays, but when she saw a discount, she wanted to buy; she is likely to be addicted to shopping online.

Being a software design engineer, 26-year-old Phan Tan Duy living in District 8 earns enough to spend heavily on what he likes. Young man Duy said that because he has a good income, so he just used it to make up for the college years to save every penny. Sometimes he buys a lot of technology items without knowing what to use them for.

For instance, he already has a treadmill in the house, but on December 12, he saw a lot of discounts and the model is more beautiful, so he decided to buy but now the partner says the contract payment will be about 2 weeks late, he has no choice but eat instant noodles while waiting for salary.

After paying the full 1-year foreign language tuition fee, 27-year-old Tran Thanh Dung in Tan Binh District said that he is not working for the company, not afraid of lack of work like when he was a freelancer, he had to find a contract by himself. He thought that he could have money after completing two orders for the company. Unexpectedly, the company is facing difficulties in the last quarter of this year. He moaned that he is now both working for the company and finishing design jobs as a freelancer to make up for year-end revenue and expenditure and shopping in the year-end.

Gen Z is said in a lot of groups on social networks that they are good at making money and spending it well, too. Young people in the Z age group find many ways to make money from content shared online. Unlike young people in the past who were unfamiliar with additional sources of income, generation Z are now quite familiar with investment channels such as stocks, digital currency (coin), art collection, real estate, or serviced apartments.

Young people can easily make money; thus, they are also willing to spend a lot to satisfy their shopping needs, personal relaxation, and check in at luxury hotels or resorts.

Being an experienced financial advisor to invest in digital currencies for more than three years, 28-year-old Hoang Tien Tien in Thu Duc City disclosed that many young people are interested in investment; hence, it is normal that they have additional sources in addition to income in their companies.

Most of young people who make good money should be ready to play big, and buy branded clothes, and luxury resorts; nevertheless, when they invest in any sector, there are certain risks, so there are also times when waiting for money from the sources. Few of them can predict the risk. That's why many companies often invite speakers to share safe financial experiences for new employees.

Help - Portrait 2022 returns to take portraits for the disadvantaged