Based in the central city of Da Nang, the committee is in charge of overseeing the efforts of sectors and localities while keeping the PM updated on the storm’s developments.

It is led by Deputy Prime Minister and head of the Central Steering Committee for Natural Disaster Prevention and Control (CCNDPC) Trinh Dinh Dung.

Minister of Agriculture and Rural Development Nguyen Xuan Cuong, who is also deputy head of the CCNDPC, was appointed as Dung’s deputy in the new authority.

Members include representatives from the Ministries of Agriculture and Rural Development (MARD), Defence, Public Security, Natural Resources and Environment, Transport, Industry and Trade, and Construction, as well as the Government Office.

MARD is tasked with coordinating with Da Nang authorities in preparation for its operations in terms of logistics and communications.

The authority will automatically dissolve after completing its mission.

The CCNDPC said Molave is as strong as Storm Damrey, which hit in 2017 and left 123 people dead or missing while causing damage of VND22 trillion (US$951.45 million).

It is expected that at 4 am on October 28, the storm’s eye will be right over Vietnam’s coastline, from Da Nang city to Phu Yen province, with maximum winds of 165 km/h. Torrential downpours will blanket central localities from October 27 to 29, with flooding is forecast in areas from Thua Thien-Hue to Quang Ngai. 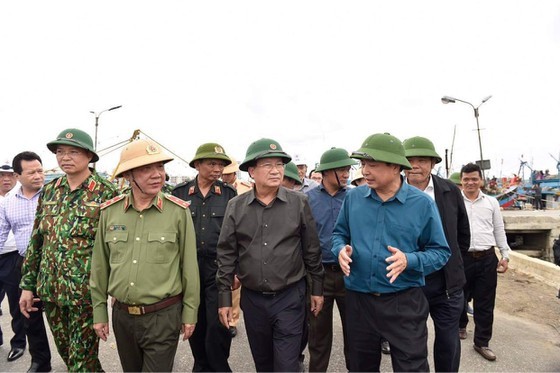