The minister thanked the Government and people of Germany for providing Vietnam with Covid-19 vaccine and medical equipment, thus helping Vietnam early contain the pandemic and resume socio-economic activities.

German leaders described Vietnam as an important partner of Germany in Southeast Asia and Asia-Pacific. They once again thanked the Vietnamese Government and people for offering masks to Germany when the Covid-19 broke out in 2020. 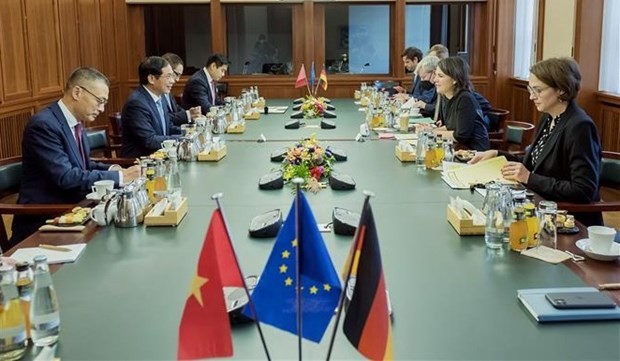 About economic-trade ties, the Vietnamese minister proposed the two sides continue to effectively implement the EU-Vietnam Free Trade Agreement (EVFTA). He hoped that the German Parliament will soon complete the ratification of the EU-Vietnam Investment Protection Agreement and the German Government will support the early removal of the European Commission’s yellow card warning on Vietnam’s aquatic products for export, thus facilitating bilateral trade and investment activities.

Both sides agreed to intensify coordination in new fields such as climate change response and renewable energy, contributing to seriously and fully delivering on commitments at the 26th United Nations Climate Change Conference (COP26) as well as dealing with global issues. 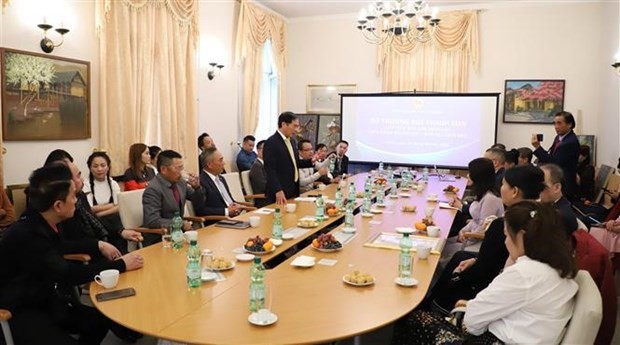 On regional and global issues of shared concern, hosts and guest consented that the two countries will continue effectively working together and offering mutual support at multilateral organizations and forums, including cultivating ASEAN-EU ties.

Regarding the East Sea issue, they shared a stance on ensuring peace, stability, security, cooperation and development in the region, settling disputes by peaceful means in line with international law and the UN Charter, particularly the 1982 UN Convention on the Law of the Sea.

Son wished that Germany would create more conditions for the Vietnamese community to integrate into the host country, thus contributing to German socio-economic development and the Vietnam-Germany ties.

During the visit, the FM had a working session with the Vietnamese embassy and met with representatives from the Vietnamese community in the European country.