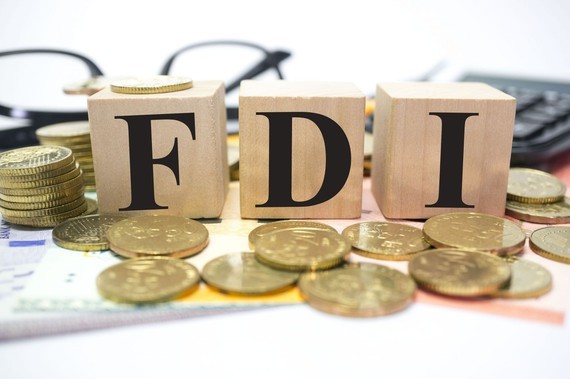 Vietnam has announced many preferential policies for investment in fields such as high technology. However, most of the FDI enterprises expect to hire high quality human resources in Vietnam before they think about investing in the country.

Datalogic Vietnam Co., Ltd, an Italian FDI enterprise, planned to recruit more personnel from the beginning of 2022, to meet all future requirements when the orders begin increasing. Mr. Dang Van Chung, Director of Datalogic Vietnam, said that he will recruit about 15 percent more personnel in the production division and about 20 engineers in the Research and Development Center (R&D). According to Mr. Chung, personnel in the production sector are not difficult to recruit, but engineers for the R&D sector are not easy to come by. Currently, high-quality human resources have many options, so any company wishing to recruit them must offer really attractive packets and policies.

Similarly, Bosch Vietnam, a German FDI enterprise, also has an urgent need to recruit personnel for the coming years. Bosch is a global software technology company and it has plans to open a new software center in Hanoi in February, with the goal of increasing the number of software engineers in Vietnam to more than double by 2025, to about 6,000 people. Mr. Guru Mallikarjuna, General Director of Bosch Vietnam, said that the remuneration and welfare packet at Bosch is always a top priority to ensure competitiveness and provide the best care for employees. The company also wants to constantly focus on building an attractive employer brand.

Talking about this situation at a seminar at the end of 2021, Mr. Phan Huu Thang, former director of the Department of Foreign Investment, expressed regret when recounting the story of Foxconn wanting to expand its tablet production base 2 in Bac Ninh province, but could not find enough human resources to meet the demand, so they had to move to the US. Mr. Thang said that among the 4.7 million employees directly working in FDI enterprises, upto 980,000 people are foreign experts, but according to a survey on labor resources, 80 percent do not have training certificates. He also said that 60 percent of FDI enterprises when asked said that it is difficult to find high-quality human resources, and this is not only the situation in Bac Ninh province alone but is the same across the whole country.

In addition to attractive remuneration policies and packages to attract high quality human resources, one of the solutions chosen by many FDI enterprises is to partner with training institutions and universities to get the right local human resource to meet their requirements.

For instance, Bosch in cooperation with LILAMA2 College offers an industrial engineering apprenticeship program (TGA program) of German standards, where students work while studying, with funding from Bosch. Students will learn and train in a professional environment, ensuring full development of professional knowledge and skills, as well as essential soft skills. They also receive a monthly allowance and the same benefits as young employees at Bosch, besides being guaranteed a job at Bosch after graduation. Bosch Vietnam also cooperates with leading universities in the country to organize competitions and training programs to develop capabilities in automotive technology, the Internet of Things, and AI, for students and young entrepreneurs.

Not just businesses, but localities are also preparing human resources to attract FDI. From the beginning of 2022, Nghe An province planned to attract quality human resources. Mr. Tran Bang Viet, General Director of Dong-A Solutions, one of the people invited to build a human resource development project for Nghe An, said that provincial leaders want to maintain and develop the local workforce, and at the same time attract Nghe An workers back to their hometown to work. According to Mr. Viet, the preparation of localities is necessary, but we need a model of human resource development for the whole society. Mr. Viet says that human resource is not only a problem of FDI enterprises but is also very much so for domestic enterprises too.

Many experts agree that the human resource problem in the coming years will not show signs of slowing down, but on the contrary, will increase much more as the requirements of enterprises will increase. Currently, many businesses are facing difficulty as their human resource is weak and inefficient. Some businesses have admitted that in the market there are too many job opportunities, and Vietnamese personnel also change jobs far too often, leading to instability and increasing recruitment costs. Some surveys also showed that currently the cost of middle management in Vietnam is quite high compared to the lower level of some countries, while the quality is not as expected. This can make Vietnam lose its current competitive advantage.

Recently, the Prime Minister issued a Decision approving of a strategy for the development of vocational education and training programs for the period 2021 to 2030 with a vision until 2045. This decision clearly points to the fact that vocational education development is the most important task in human resource development. In order to take advantage of the golden population opportunity, training human resources of high quality and professional skills to serve in the socio-economic development of the country is now absolutely vital. Hopefully, this strategy will contribute to resolving the current lack of quality human resource.