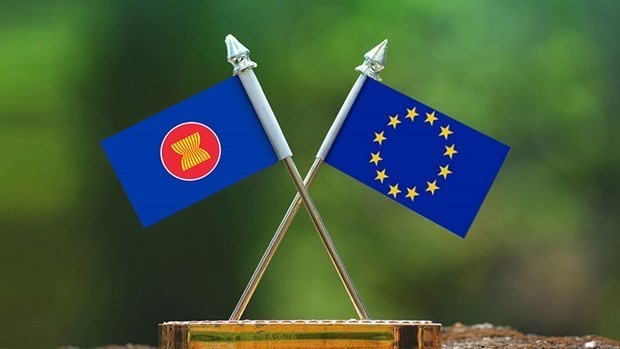 Talking with a Vietnam News Agency (VNA) correspondent in Indonesia on December 7 ahead of Prime Minister Pham Minh Chinh’s official visits to Luxembourg, the Netherlands and Belgium for the ASEAN-EU Commemorative Summit marking the 45th anniversary of ASEAN-EU ties from December 9-15, Driesmans also heralded Vietnam as a Southeast Asian nation that the EU has a solid relationship with and the EU-Vietnam cooperation framework is now robust.

On the meaning of the first EU-ASEAN Summit scheduled for December 14, he said it is quite historic that 27 European heads of state and government plus the EU's two institutional presidents will meet with all of the ASEAN leaders, which has never happened before.

He affirmed that the summit is significant because it reinforces the bilateral relationship between the EU and ASEAN even further, but also sends a message to the rest of the world that they are committed to working together. And in the difficult geopolitical times, they together chose for more cooperation, more partnership, instead of entering into further competition.

About the summit’s agenda, Driesmans revealed that some major investments from the EU into ASEAN will be announced. These will be helpful for the sustainable development of the region, in clean energy, digital transition and sustainable infrastructure.

“Strong ASEAN is good for the EU, because it helps to stabilise the different geopolitical tensions there are, we need that security architecture, that institutional anchor within the region. And of course, a strong ASEAN is also good for its own citizens, hence, for its prosperity, hence, as a trade partner with us. So that's why we've invested so much into this partnership, because we think it's also good for us in Europe”, he added.

“Just this week, there is a conference on high speed computing, we work together on the road transport, on climate change, on human rights, on so many things. So I think the most comprehensive, we're also the biggest contributor financially to different work streams of ASEAN as a regional organization,” he noted.

“And we are, of course, a pivotal economic partner. We're the third largest trade partner of ASEAN and vice versa. ASEAN is our third largest trade partner. And just if you look at the inflows of investments, the so called foreign direct investment inflows just last year in 2021, we ranked second. So our relationship, our partnership is very tight despite that we're on the other side of the world . They were very connected in many different ways”.

According to him, the EU and ASEAN need to do even more together to stimulate respective green transactions.

“We need to become carbon neutral as Europe but eventually also as ASEAN as the world. That's what we have committed to do in the different climate change conferences. So that will require a lot of cooperation, that will require that we work together to strengthen clean energy, renewable energy. That means more investment from Europe. That means also a stronger political cooperation on these sometimes difficult topics,” he said.

He also suggested working together on connecting each other. Recently, they signed a comprehensive air transport agreement, which is a very big deal looking into a kind of a single aviation space, the 37 countries of the EU and ASEAN.

The diplomatic called on working together further on security aspects, saying that together, they could be strong proponents of a rules-based international order to guarantee peace and stability and work together to promote these basic values.