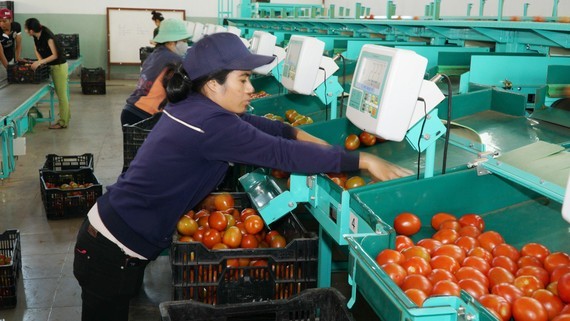 According to Mr. Ngo Xuan Nam, Deputy Director of Vietnam Sanitary and Phytosanitary Notification Authority and Enquiry Point (Vietnam SPS) under the Ministry of Agriculture and Rural Development (MARD), technical barriers are mushrooming in export markets, and domestic exporters are struggling to cope with them. For example, from July 21 to now, the office has received and sent 37 notices of new effective regulations on food safety and hygiene to enterprises.

In addition, 68 other draft notices are being sent for opinions from members of the World Trade Organization (WTO). From the beginning of the year, hundreds of new technical barriers, mainly related to food safety and hygiene issues, have been promulgated by many countries and territories. They include the most recent decree of the Government of Thailand on the temporary suspension of imports of live poultry and poultry meat from Vietnam to prevent the spread of highly pathogenic avian influenza (sub-variant H5N1). It also explains why several export orders of this commodity of Vietnamese enterprises are almost banned or have to be returned.

Specifically, the EU will increase the frequency of testing for coriander, sweet basil, mint, parsley, okra, and capsicum to 50 percent for the content of Dithiocarbamates, Phenthoate, and Quinalphos. At the same time, it will increase the frequency of testing to 20 percent for dragon fruits for the content of Dithiocarbamates, and instant noodles for the residue of Ethylene oxide. This has significantly limited the export market share of Vietnamese enterprises in these countries.

On the other hand, Mr. Nguyen Chanh Phuong, Director of aKa Furniture Company, Vice Chairman of the Handicraft and Wood Industry Association of HCMC, said worriedly that enterprises would not only face strict technical barriers but also a risk of order cancellation due to a sharp decrease in the purchasing power in some key exporting markets, such as the US and Europe. Feedback from member enterprises shows that most of them are being asked to delay the delivery of export orders or cancel export orders. Meanwhile, it is not enough to cover the cost of the volume of goods produced with a deposit fee of 10-15 percent for export orders. Currently, the inventory of enterprises is quite high because their partners delay or cancel receiving goods, causing fairly large losses.

That is the assertion of enterprises, as well as economic experts when talking about the current export market. Ms. Tran Thi Thu Thuy, Deputy Director of the Export Support Center under the Ministry of Industry and Trade, said that technical barriers in general and food safety and hygiene standards, in particular, are mandatory conditions of vital value for enterprises if they want to maintain export market share. Even China - the largest and easiest market - has adopted many standards to tighten the control on food safety and hygiene, including the Zero Covid policy that this country still implements. Therefore, enterprises will no longer have any bypass or escape other than production conversion to ensure that they meet the standards of quality, food safety, and hygiene prescribed by export markets. 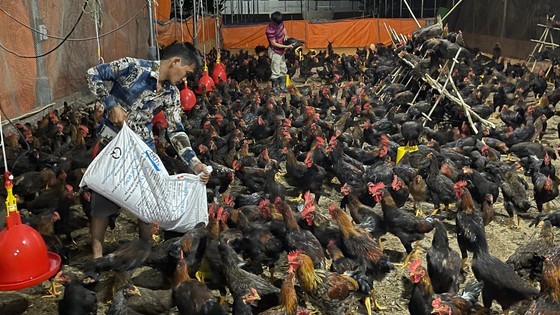 The Thai government has temporarily suspended the import of live poultry and poultry meat from Vietnam, partly causing difficulties for farmers. (Photo: SGGP)
In another aspect, Mr. Ngo Xuan Nam emphasized that, instead of panicking when markets tighten control of standards and quality of goods, enterprises should understand the characteristics of each exporting market to have appropriate solutions. For example, for the Chinese market, if any exporting enterprise makes violations, its goods will be banned from importation. However, the European market will forbid or increase the frequency of inspection on products of the same type of all Vietnamese exporting enterprises. Therefore, in fastidious markets, such as the EU, the role of associations is extremely important in linking support, as well as cross-controlling the product quality of enterprises in the same field. As for the postponement or cancellation of export orders, many enterprises said that the authorities should soon support them to access new markets more diversely and widely, especially those that have not been affected much by geopolitical situations and conflicts among nations around the world. Regarding this issue, according to Ms. Tran Thi Thu Thuy, the Ministry of Industry and Trade has directed Vietnam's commercial counselors and trade offices abroad to strengthen online promotion activities in the form of business-to-business to increase export opportunities. At the same time, they must establish a list of product categories that other countries need to import to send to domestic associations, creating conditions for enterprises to shorten the access time. In case enterprises have difficulties in assessing the capacity of partners, commercial counselors will directly help enterprises deploy. In addition, the Ministry of Industry and Trade has been coordinating with foreign distribution systems in Vietnam to increase the possibility of indirect export for enterprises right in the domestic market. Mr. Pham Xuan Hong, Chairman of the Board of Directors of Saigon Garment No.3 Joint Stock Company, said that, instead of exporting to Japan, from the beginning of 2022, the company signed an on-spot export supply contract via the Uniqlo system in Vietnam. From now until the end of the year, the company does not have to worry about finding orders but only focuses on preparing for re-signing orders for 2023.