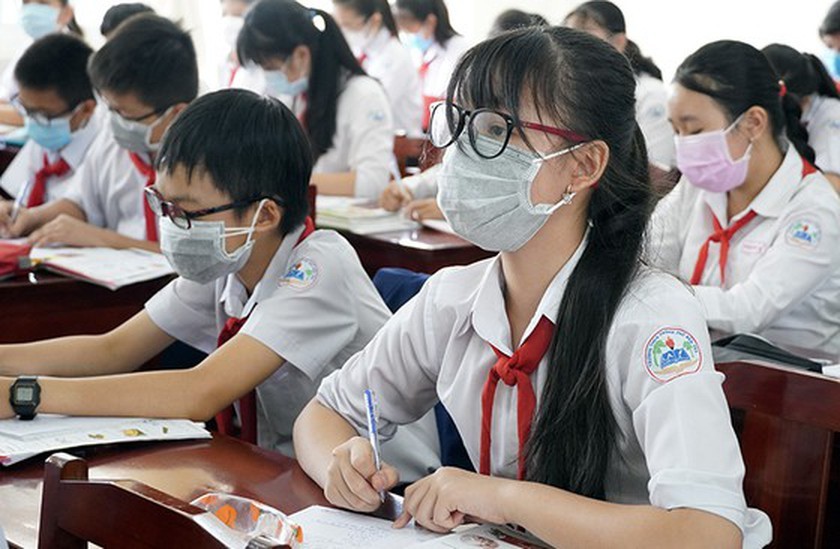 Younger children could follow later based on the risk levels, with schools remaining closed in extremely high-risk areas, it said.
Speaking at a meeting on November 19, the chairman of the city People’s Committee, Phan Van Mai, said the reopening should be carefully planned with safety measures fully in place.

Grades nine to 12 are likely to resume on a trial basis in mid-December if safety criteria are strictly complied with, he said.

He said the department should study the reopening of schools in Can Gio District’s Thanh An Commune last month to finalise its plans.

However, detailed guidelines and safety requirements need to be published before students return to school, he said.

Co-ordinated efforts and unified responses by the health and education sectors are vital to make in-person learning safe and sustainable, he added.

Nguyen Van Hieu, director of the department, said the reopening plans would be finalised in the next few days.

His department would provide training in Covid-19 prevention and control and tackling infections in classes to teachers and school staff, and hold discussions with parents, he said.

The number of students in classes would be based on the safety criteria issued by the Ministry of Health, he said.

More than 574,000 students aged 12 to 17, or 94 per cent of the demographic, have received their first shot of vaccines, according to the department.

The city plans to give them the second shot between November 22 and 28 to fully vaccinate them at least 14 days before school reopening.