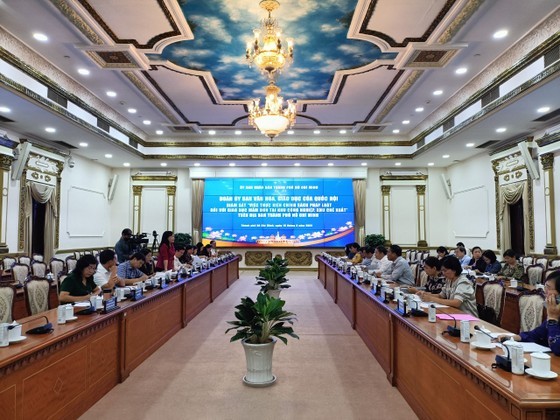 At the meeting
The statement was made at a working session on policies and laws regulating preschool in export processing zones and industrial parks in the city between the supervision delegation of the National Assembly (NA)'s Committee on Culture and Education led by Vice chairwoman of the committee, Nguyen Thi Mai Hoa and the HCMC People’s Committee on August 18.

Chairwoman of the NA’s Committee on Culture and Education, Nguyen Thi Mai Hoa said that the supervision delegation will have working sessions with provinces and cities, including Can Tho, Dong Nai, Binh Duong, Hanoi, Bac Giang and HCMC.
The meeting will focus on the comprehensive view of kindergarten education, the level of meeting the people’s demands, and assessment of the implementation of policies and laws regulating preschool and existing problems. 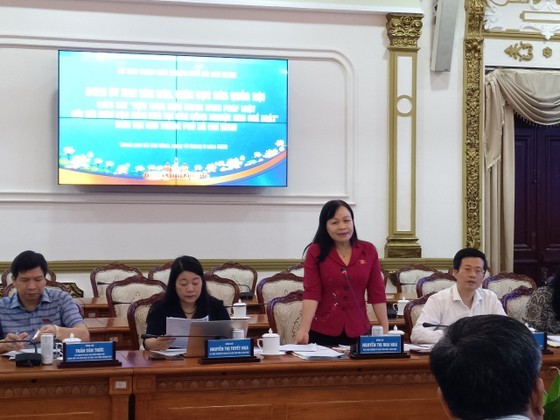 Chairwoman of the NA’s Committee on Culture and Education, Nguyen Thi Mai Hoa speaks at the event.
According to Deputy Director of the HCMC Department of Education and Training Le Hoai Nam, as of the end of the 2021-2022 school year, the city has 3,112 preschools, including 468 public kindergartens and 883 non-state owned preschool education facilities, and 1,761 kindergarten groups with a maximum number of 70 kids of each.

The southern economic hub is currently home to 16 export processing zones and industrial parks mainly located in Thu Duc City, districts 7 and 12, Tan Phu, Binh Tan, Cu Chi, Binh Chanh and Nha Be.
There are 24 kindergartens located near or inside export processing zones and industrial parks to meet the demand of parents who are workers for sending their children. 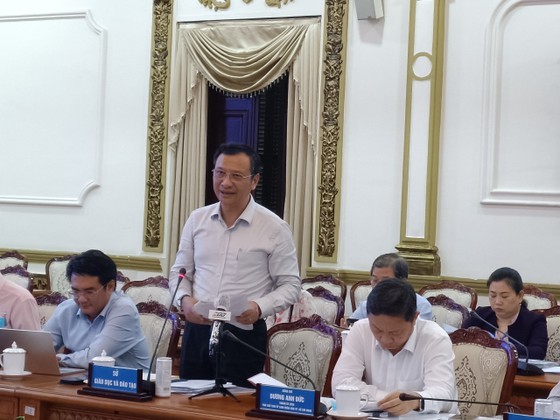 Deputy Director of the HCMC Department of Education and Training Le Hoai Nam speaks at the meeting.