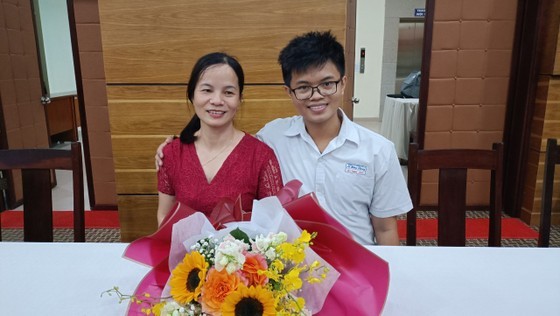 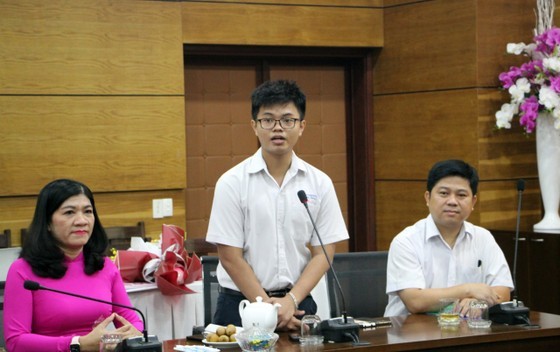 Nguyen Viet Phong, a 12th-grade student at Le Hong Phong High School for the Gifted, speaks at the ceremony (Photo: SGGP)
Mr. Nguyen Van Hieu revealed that the student spent nearly three months away from his family to live alone in Hanoi for studying.
At the international Olympic competition, the contestants had to complete the exam in five consecutive hours under intense pressure.
His mother Phan Thi Kim Tuyen said that she only finished fifth grade; so she works as a domestic helper but her son was aware of the family’s financial difficulties trying to learn well.
The 54th International Chemistry Olympiad in 2022 was held in Tianjin in China from July 10 to 18, 2022 in an online form with the participation of more than 300 contestants from 82 countries and territories. Four Vietnamese participants at the comppetition all won gold medals.