Inflation would be controlled in 2022: Experts 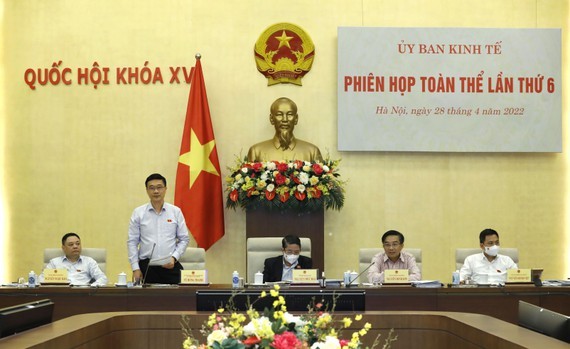 Out of 12 targets, seven met and exceeded the expectation. For instance, the average consumer price index in 2021 only increased by 1.84 percent, the lowest since 2016 according to the National Assembly’s figure is less than 4 percent while the State budget deficit equals 3.41 percent of GDP and the trade surplus reached more than US$4 billion. More importantly, foreign investment attraction achieved impressive results with a growth rate of 25.2 percent.

However, several targets have not been achieved including the target of increasing social labor productivity.

For the first three months of 2022, many solutions have been synchronously implemented to ensure the stable supply of commodities and petroleum, food and foodstuffs, and maintain stable interest rates and exchange rates.

The controlled coronavirus pandemic has been paving the way for the resumption of international flights from mid-March, schools, entertainment services, and culture and art activities.

The additional registered FDI capital and capital contribution and share purchase in the first quarter increased nearly two times compared to the same period in 2021.

Furthermore, production and business activities have been expanded and the number of enterprises registering for the establishment and re-entering the market in March was three times higher than that of enterprises withdrawing from the market. The labor and employment situation improved, and the unemployment and underemployment rates decreased over the same period.

Meeting participants highly appreciated the effectiveness of timely policies and resolutions of the National Assembly and the Government; however, they also expressed concern about some potential risks such as the high oil price since the end of February, which has a knock-on effect on freight rates, production costs, logistics, commodity prices, and raw materials.

They gave examples such as CPI in March, input costs, logistics, financial difficulties, and labor recruitment. CPI increased by 0.7 percent compared to the previous month, the highest since 2012 until now.

Though input costs and logistics increased, consumption demand was weak in addition to financial difficulties, labor recruitment and the existing coronavirus pandemic. Despite the decreased new infection case, it has been affecting the implementation of new normal policies.

The responsible agency thinks that it is necessary to closely monitor the market and commodity prices in order to have timely policies and solutions to ensure a balance between supply and demand, and appropriate price stabilization as well as the supply and circulation of goods and major balances of the economy, especially in terms of electricity and petrol.

Last but not least, all agencies and sectors must continue to implement synchronously, drastically, and effectively the tasks and solutions set out in the National Assembly’s Resolution 43/2022/QH15 and the Government’s Resolution 11/NQ-CP which must be identified as key tasks.

Besides, responsible agencies must urgently evaluate support policies for people and employees according to the Government’s Resolution 68/NQ-CP dated July 1, 2021. The delegates also suggested a closer assessment of administrative procedures reform, removing barriers, and improving the business investment environment of enterprises.