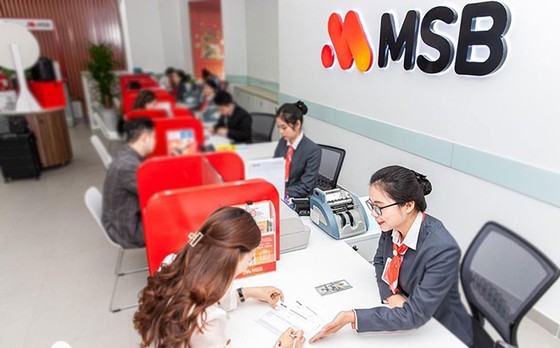 SBV yesterday listed the central exchange rate at VND23,244 per USD, down VND9 from the previous session. This is the third consecutive decrease of the central rate, with a total decrease of VND35. However, last week, the SBV increased the spot rate to VND23,700 per USD.

In addition, interest rates on the interbank market increased sharply, with overnight lending rates up to 5.44 percent.

During the past few months, the SBV had to continuously sell foreign currencies and raise interest rates on the open market operation (OMO) to control the exchange rate, causing the foreign exchange reserves to decrease significantly.

According to statistics of securities companies, the State Bank has sold about US$21 billion since the beginning of 2022 from foreign exchange reserves, equivalent to 19 percent of total reserves, in order to stabilize the USD/VND exchange rate and interest rates. The move has put current reserves at around $89 billion and has reduced the import coverage ratio to about 12 weeks, which is still within a safe margin.

Explaining the reasons for the "hot" increase in the exchange rate and interbank interest rate, Dr. Can Van Luc, Chief Economist of BIDV, said that due to the appreciation of the US dollar in the world and the pressure of the Fed to raise interest rates, the liquidity of the banking system is no longer abundant.

Although the situation is not worrisome, the SBV has not been able to further increase the credit limit above 14 percent, due to consideration of various balances, especially inflation and liquidity. The most present difficult problem of the State Bank is to both control inflation and support economic recovery and development.

Recently, many exporters proposed to devalue the Vietnam dong, but importers protested it. The devaluation of the Vietnam dong will make it difficult for importers. According to the SBV, in the past, Vietnam has had to go through many periods of high inflation, strong exchange rate fluctuations, plus the race between commercial banks in raising interest rates resulting in the brink of liquidity.

Although the exchange rate is showing signs of stress, especially when the Fed raises interest rates in September 2022, experts believe that by the end of this year, the Fed's interest rates will peak and then cool down causing pressure on the domestic exchange rate to decrease gradually.

Furthermore, the strong disbursement of FDI inflows and remittances by the end of this year will supplement sources for foreign exchange reserves. The country’s economy recovered well and inflation was effectively controlled, also positively supporting the exchange rate.