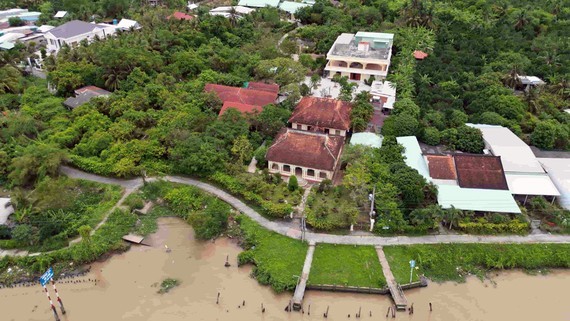 Dong Hoa Hiep ancient house village is about 110 km from HCMC to the Southwest. (Photo: SGGP)

Dong Hoa Hiep ancient house village in Dong Hoa Hiep Commune in Cai Be District of Tien Giang Province is about 40 km from the center of My Tho City and about 110 km from HCMC to the Southwest. It was built before 1945 with about ten ancient houses with unique and distinctive architecture, bearing the marks of many historical periods. Up to now, some ancient houses have been restored and preserved and have become famous tourist attractions, attracting many domestic and foreign tourists. 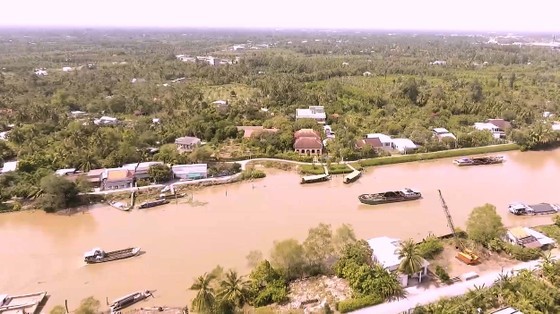 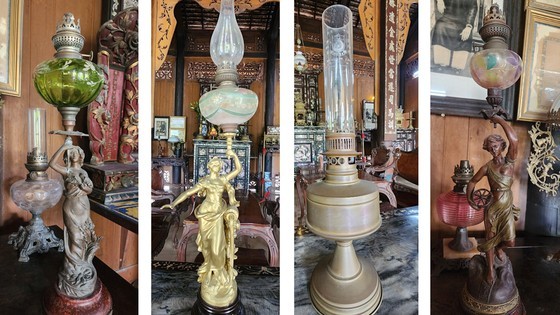 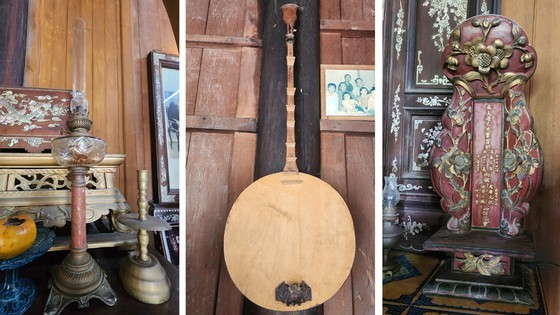 Some antiques are kept in ancient houses. (Photo: SGGP)
Vietnam currently has four ancient villages protected by the Japan International Cooperation Agency (JICA), namely Duong Lam in the North, Phuoc Tich in the Central, and Phu Hoi and Dong Hoa Hiep (Cai Be District, Tien Giang) in the South. The first two houses of Dong Hoa Hiep ancient house village to be restored and preserved by JICA are the house of Tran Tuan Kiet in Phu Hoa Hamlet and the house of Phan Van Duc in An Loi Hamlet. 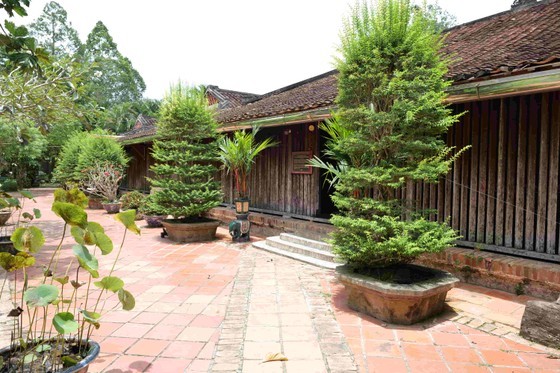 The ancient house of the Tran family of Tran Tuan Kiet in Phu Hoa Hamlet, Dong Hoa Hiep Commune, Cai Be District, was built entirely of wood in around 1838. (Photo: SGGP)
In 2017, Dong Hoa Hiep ancient house village received the National Relic Certificate and the provincial Intangible Cultural Heritage Certificate for the Cultural and Tourism Festival of Dong Hoa Hiep Ancient Village. Currently, Dong Hoa Hiep ancient village has seven 150-220-year-old houses and 29 houses built 80-100 years ago. In these old houses, there are still many rare items and some elaborately carved furniture, showing the elegant interest of wealthy families in the South. 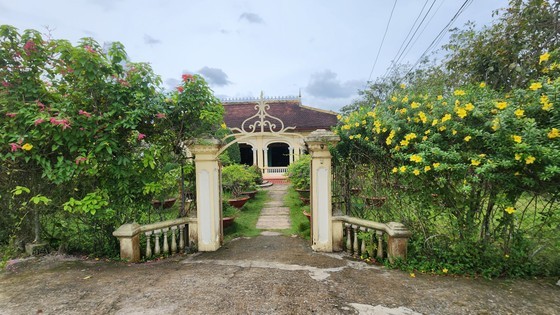 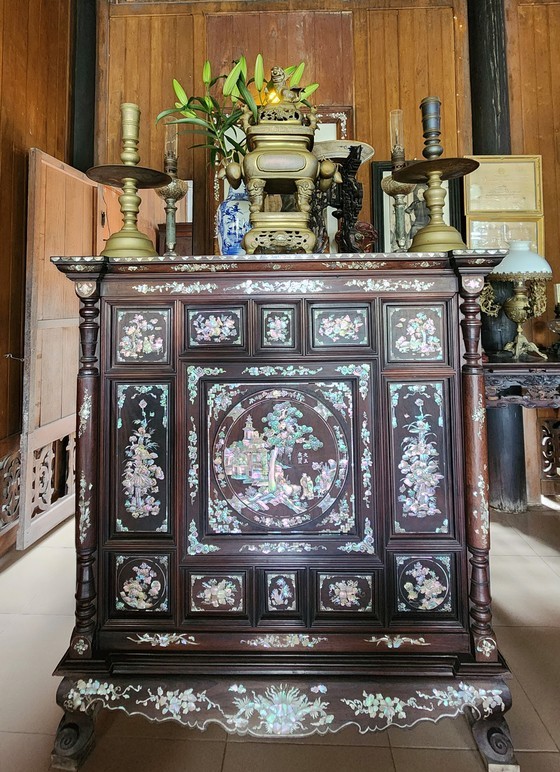 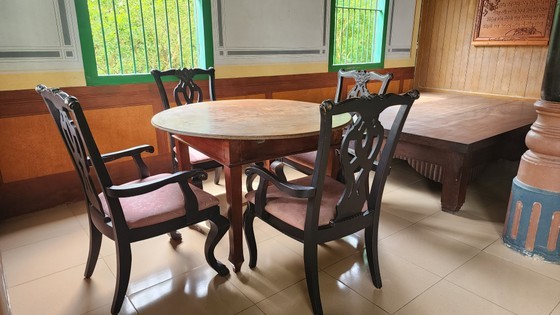 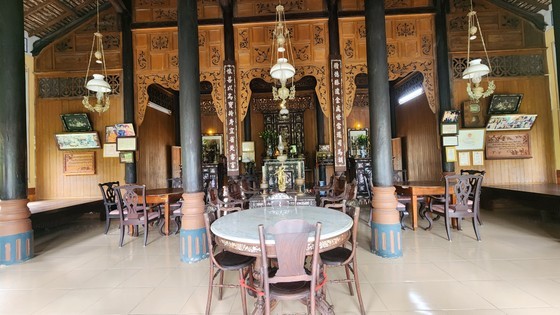 The ancient house of Phan Van Duc's family in An Loi Hamlet, Dong Hoa Hiep Commune, Cai Be District, was built in 1850, with a harmonious combination of Asian and European architectural styles. (Photo: SGGP)

Mr. Le Van Y, Vice Chairman of the People's Committee of Cai Be District, said that Dong Hoa Hiep ancient village has been attracting more and more tourists to visit, study, and experience, especially international visitors. However, to promote the potential and advantages of the ancient village, besides the efforts of local households, it needs the attention and support of the province and the central government, especially funding for developing infrastructures, building wharves and roads to serve the travel of tourists, and restoring and maintaining degraded old architectures. 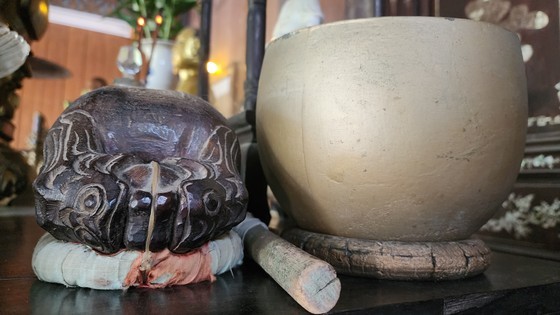 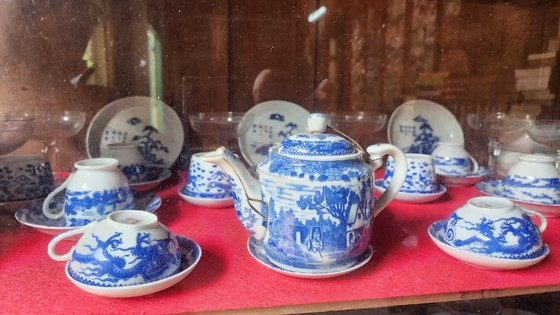 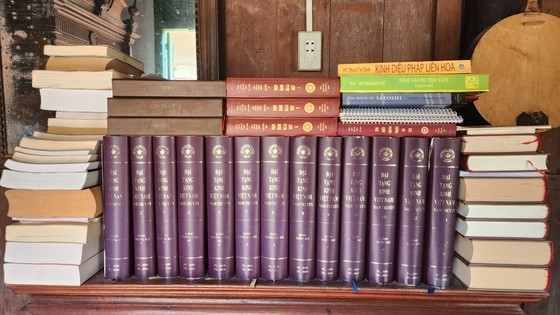 Some old items are kept at ancient houses. (Photo: SGGP)
According to the plan, in the coming time, the locality will focus on implementing some key projects and developing more cultural, art, and entertainment activities to keep tourists staying there for a long time.
By Ngoc Phuc – Translated by Bao Nghi