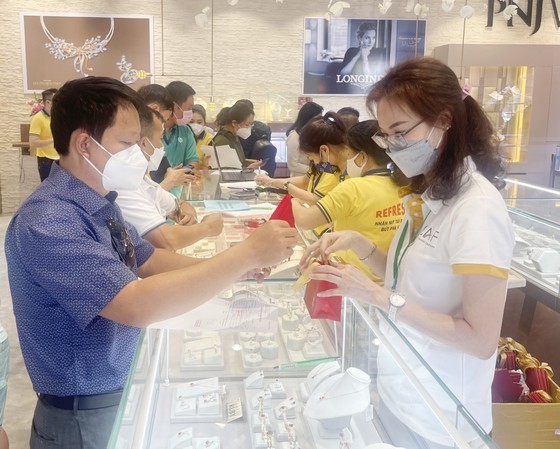 The global gold price fell sharply to nearly US$1,700 an ounce due to the strong appreciation of the US dollar. Meanwhile, the domestic price of SJC gold bars decreased slightly, causing the gap between domestic and international gold prices to widen to more than VND20 million per tael.

In the Asian market, spot gold on the Kitco floor dropped to $1,703.8 an ounce at around 3.30 p.m. on July 15 (Vietnam time). After conversion, this price is equivalent to VND47.8 million per tael, about VND20.75 million per tael lower than the domestic SJC gold price.

The global gold price plunged steeply as the US dollar set a 20-year high because this asset is priced in the US dollar. Even if gold is a leading anti-inflation asset, the precious metal has failed to play its role because of rising interest rates - putting gold - a non-yielding asset, at a disadvantage.

Meanwhile, with inflation in the US at the highest level in 40 years, the US Federal Reserve (FED) certainly will continue to raise interest rates on the US dollar in the near future, so the US dollar will prolong the upward trend. In addition, the oil price is falling to nearly $90 a barrel, which will drag down those of many other commodities, including gold.