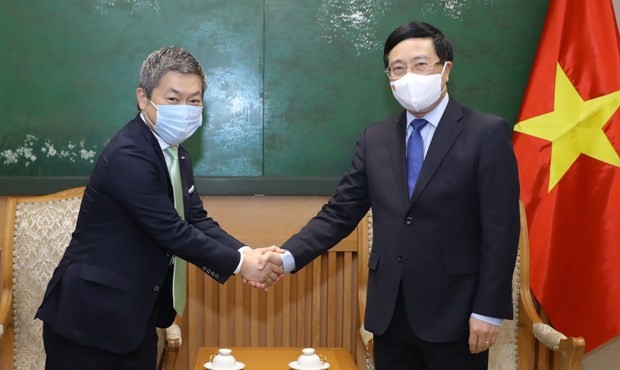 At the meeting, Minh said the Vietnam-Japan relationship is developing fruitfully across spheres, and Japan is now Vietnam’s largest ODA supplier with about US$27 billion.

Minh attributed the achievements to contributions in terms of both finance and operational experience of Japanese financial and credit organisations over the past time, including SMFG. 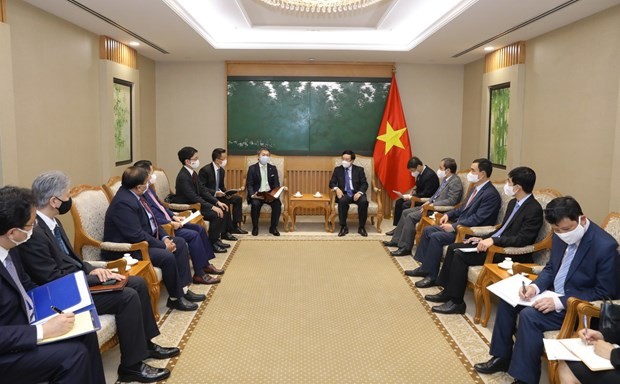 An overview of the meeting (Photo: VNA)

The Vietnamese government appreciates the role of SMBC that has operated in Vietnam over the past nearly two decades, providing financial and banking services, as well as support for many major energy and infrastructure projects in the country with combined funding of about $20 billion.

Minh expressed his hope that SMFG and SMBC in particular will develop further and expand its investment and business in Vietnam, while continuing to work as a bridge for Japanese firms in the Southeast Asian nation.

The Vietnamese government also encourages the participation of credit organisations with financial potential, experience and capacity to help local credit organisations, the Deputy PM said, adding that he welcomed SMBC’s investment in FE Credit – a consumer finance division of VPBank, and noted his belief that the cooperation will be a success.

For his part, Yoshimura pledged that SMFG will continue to prioritise its efforts and resources to business development in Vietnam, saying he believes that the group will contribute to the growth of relations between the two countries.

He said SMBC’s investment in FE Credit is the biggest foreign invested project in the banking sector in Vietnam, which has demonstrated SMFG’s commitments to contributing to the country’s development as well as the bilateral ties for a long run.