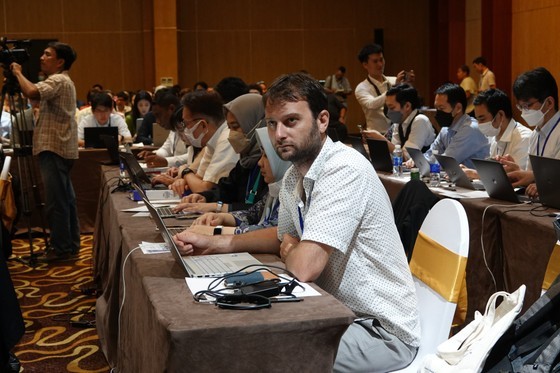 This is the commission’s most important meeting in a year to review its activities, put forward policies and measures to manage tuna fishing in the region in the subsequent year, and consider applications for cooperating non-member (CNM) status of countries, including Vietnam.

Head of the Vietnam Directorate of Fisheries Tran Dinh Luan said that hosting the session is a great opportunity for Vietnam's fisheries sector in general and tuna fishing in particular to integrate into the world's, contributing to strengthening cooperation with countries participating in the WCPFC as well as regional and multilateral fisheries organisations.

The Vietnamese sector is gradually transforming from small-scale fisheries to that towards sustainable development with the orientation of increasing aquaculture output and reducing that of fish exploitation.

The 19th regular session of the Western & Central Pacific Fisheries Commission (WCPFC) opens in the central city of Da Nang on November 28.
In the first 11 months of this year, the total output of aquatic products is estimated at 8.2 million tons, of which that of fish exploitation is estimated at 3.5 million tons, and the rest are aquaculture output. In the January-October period, the export turnover reached US$9.4 billion. Vietnam, a CNM of the commission since 2009, has been worked with 26 official member countries, seven CNMs and seven territories to implement WCPFC provisions on management and conservation of migratory fishery resources in the Western and Central Pacific. 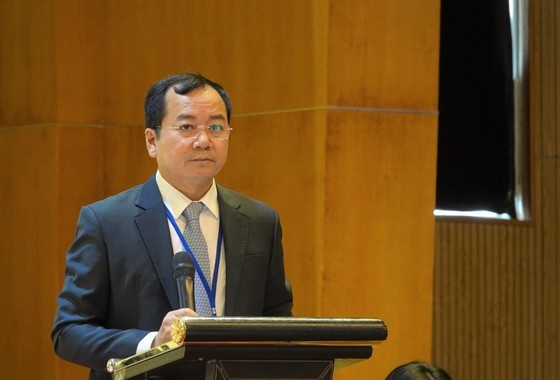 Mr. Tran Dinh Luan, Director of the Vietnam Directorate of Fisheries under the Ministry of Agriculture and Rural Development, speaks at the meeting. (Photo: SGGP)
The commission’s projects have created favorable conditions for the country to receive technical support and advanced technology in the exploitation and preservation of tuna and swordfish, together with more information on resources, and improve the capacity of its management and research staffs through training programs and seminars. The 19th WCPFC regular session, which will last until December 3, attracts the participation of representatives from 26 official member countries, eight CNMs, non-governmental organizations inside and outside Vietnam, and 11 territories, among others.
VNA