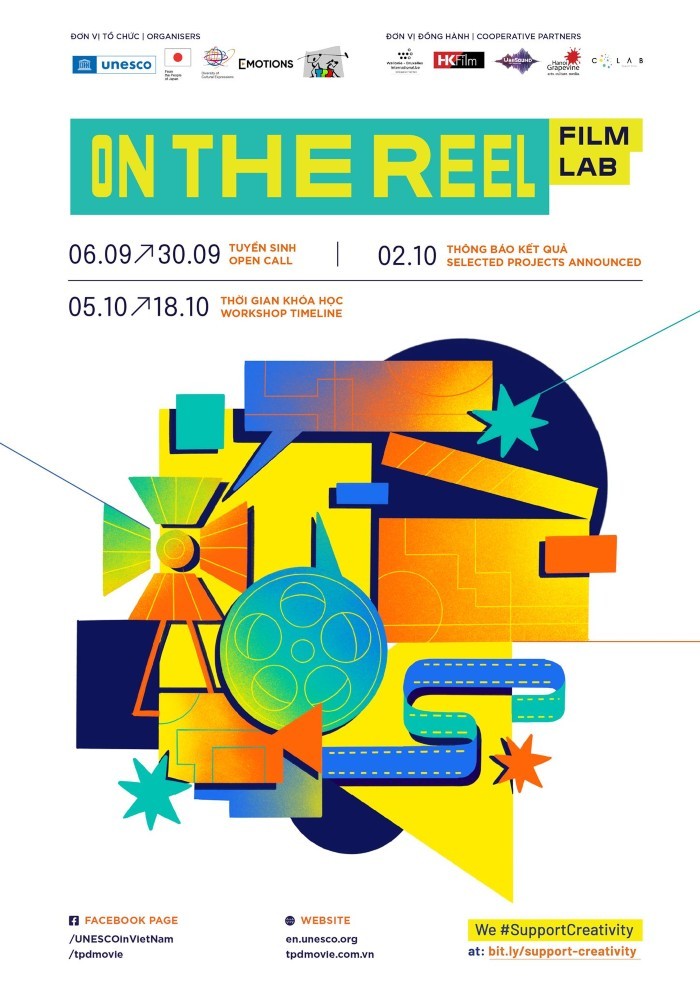 Participants aged over 18 include scriptwriter, director, producer have experience in making at least one short film.
The judge will select six short film projects for two cash prizes, two audio post-production package from the sponsor Wallsound and two packages of camera and lighting equipment from the sponsor HKFilm.
The course has the guidance and participation of many prestigious domestic and foreign directors and filmmakers, consisting of director Pimpaka Towira, director Pham Ngoc Lan, director Truong Minh Quy, director Bui Kim Quy, director Trinh Dinh Le Minh.
ON THE REEL Film Lab, which will be held online via Zoom platform from October 5 – 18, includes two workshops alternating with discussions among participants and mentors to strengthen and complete the project.
The course is part of the project E-MOTIONS: Mobilizing film professionals for regional cooperation which is being conducted by UNESCO and cooperative partners, with the support from the Trust Fund of Japan. The project aims to enhance the capacity and empowerment of filmmakers, as well as organize activities to connect domestic filmmakers with their peers in the region.